Islamic Voice 0 April, 2018 12:00 am
How to Win Wars and Influence Enemies
Who’s To Blame for a Dysfunctional Family?
Happiness Hints

Mr. Rostem hit upon a brilliant idea! He would learn to knit! He would knit things like socks, scarves and sweaters and give them as gifts. 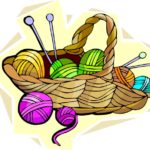 It had been a few months since Mr. Rostem had joined the home for the elderly, and he wasn’t liking it one bit. “I’ve never felt so bored before,” he would complain non-stop.
Trima was a volunteer at the home. On her weekly visit to the home she made it a point to spend extra time with him to help him cheer up.
One day, Trima found Mr. Rostem in tears. “I don’t think I can take it anymore,” he said to her.
“No, you just can’t give up,” Trima responded. “You want to be happy, right?”
“Right”, whispered Mr. Rostem.
“Well then, there’s a simple way to be happy,” Trima offered. “If you make someone happy, you’ll feel happy too.”
“Really? As simple as that?” Mr. Rostem asked.
Trima nodded to say yes.
Later that week, Mr. Rostem hit upon a brilliant idea! He would learn to knit! He would knit things like socks, scarves and sweaters and give them as gifts to the other elderly people he shared the home with. That would definitely make them very happy”and this, if what Trima had said to him was true, would make him happy too! He excitedly phoned Trima and shared the idea with her.
The next day, Trima arrived at the home with a bagful of balls of wool in different colours, a packet of knitting needles and a knitting pattern book”all a gift for Mr. Rostem.
Mr. Rostem was a fast learner and Trima was a good instructor. In under a month, Mr. Rostem had become a knitting expert! You should have seen the lovely things that he turned out! Even those people in the home who had mocked him for taking up a ‘womanly’ hobby”they thought that knitting was something men just didn’t and shouldn’t do”were very impressed!
With the wool that Trima gifted him Mr. Rostem made something for everybody in the home. Then, some weeks later, on New Year’s Day, he handed every person a pair of woolen socks and a muffler that he had made himself! They were all delighted with their gifts! And just as Trima had said, Mr. Rostem discovered that bringing joy to others had made him very happy!
If you visit the home where Mr. Rostem lives, you’ll probably find him on a bench in the garden, his knitting needles merrily going ‘clickety-clack’ as he puts together another set of gifts for his friends for the coming New Year!