Islamic Voice 0 March, 2016 12:00 am
The Boy And The King (Part 2)
Prayer is the Greatest Virtue
Nature as Viewed by Children Artworks 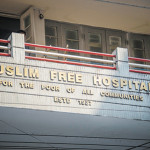 The Muslim Free Hospital offers care to people of all faiths free of cost.

In 1937, the Muslim Free Hospital was established in Rangoon, Burma. It was created by a group of Muslim leaders to care for the poor of Rangoon that had no other access to medical care. The initial investment came entirely from Muslims. The Muslim Free Hospital still exists and is still funded by the donations of Muslims of Myanmar. Burma received a name change in 1988 and is now called Myanmar. Rangoon received a name change and is now called Yangon. However, the mission of the Muslim Free Hospital has not changed. The hospital does not discriminate on the basis of religion, ethnic group, or income. Muslims are a minority in Myanmar, about 4% of the population. The Muslim Free Hospital offers care for the Buddhist majority free of charge. Muslim, Buddhist, and Christian doctors and nurses all work together. If the patients have money, they pay what they can. If they have no money, they pay nothing. The outpatient clinic cares for 450 outpatients a day. The hospital has 160 beds, with about 45 doctors working and donating time to the hospital. Moosa Madan- Grandson of the founder of the Muslim Free Hospital and current President of the Board of Directors, is a businessman in Yangon.
(Extracted from http://www.huffingtonpost.com/stephen-wallace-md-jd/a-positive-story-about-mu_b_6662460.html?ir=IndiaandadsSiteOverride=in)