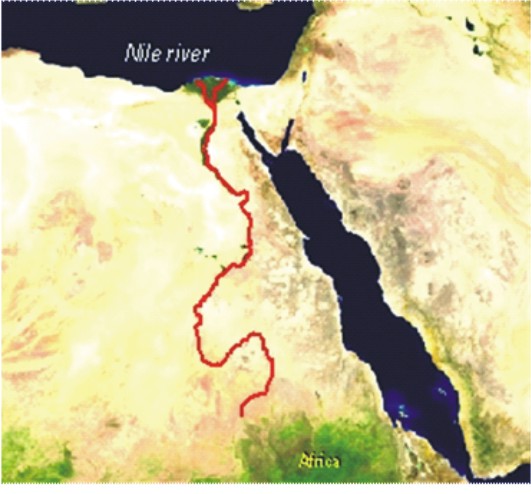 The Nile River flows through Egypt and is one of the longest rivers in the world. It is also one of the oldest rivers that have been flowing on this earth. Scientists say this river could be as old as 30 million years old!!! Can you imagine a river that has been flowing for over 30 million years….!!!
When Muhammad (pbuh) went up to the heavens during the night of Isra and Mairaj, he sees four rivers flowing out from beneath the Lote tree, two visible ones, and two hidden ones. The Prophet (pbuh) asks, “What are these, O Jibril? He replies, “As for the hidden ones, they are two rivers of Paradise. The visible ones are the Nile and the Euphrates.”
River Nile is no ordinary river. It has been flowing for millions of years and originates from Jannah.
Egypt mostly has a desert climate, but its surrounding areas are very fertile and many animals thrive due to the river Nile. Since ancient times Egyptian civilizations have depended on the Nile.