Story of the Tiny Frogs

Islamic Voice 0 November, 2016 12:00 am
Rule of the Law
Why do Comets have tails?
Dodges Death, Blessed with Iman 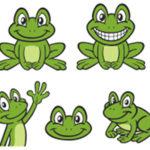 There was once a bunch of tiny frogs, who arranged a running competition. The goal was to reach the top of a very high tower.
A big crowd gathered around the tower to see the race and cheer on the contestants. The race began.
No one in the crowd really believed that the tiny frogs would reach the top of the tower. They shouted, “Oh, way too difficult!”, “They will NEVER make it to the top!” and “Not a chance. The tower is too high”.
The tiny frogs began collapsing, one by one except for those who, in a fresh tempo, were climbing higher and higher. The crowd continued to yell, “It’s too difficult! No one will make it!” More tiny frogs got tired and gave up. But one continued higher and higher. This one wouldn’t give up! And he reached the top. Everyone wanted to know how this one frog managed such a great feat.
His secret? This little frog was DEAF!