Tale of a Pretty Reindeer: A Miraculous Escape 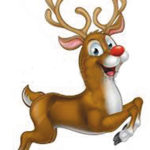 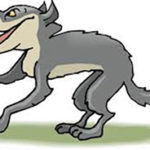 Dear Children,
I relate to you a story of a reindeer who lived in the snow-covered forests of the sub-Arctic tundra region. This region of the earth is very cold and is covered with ice. Life here is very difficult, and only very few animals and birds who can survive the biting cold and the harsh environment live in these parts.
These lands are home to some animals like the fox, the mighty bison, bears, chubby squirrels, beavers, fish-eating otters, wolves and majestic reindeers. Some birds like owls, which prey on mice, and ravens, which feed on the carcasses of the animals hunted by wolves and bears, live here.
Here deer and bison live in large groups called herds. Some animals among them guard the herd and keep a watch for predators like wolves or bears while the others can graze peacefully.
This is a land of wilderness, where the eyes of reindeer turn blue during the winter season to absorb the little sunlight available. This enables them to see clearly in the twilight environment. This is a gift given to them by God.
One winter, when the rivers had frozen, a herd of reindeer was grazing on a pasture of snow-covered grassland. At that time, a young reindeer went out of the herd searching for grass. He strayed away from the herd, unaware of the lurking danger. At this time, a pack of hungry wolves was on the prowl, searching for an easy meal. Soon, they spotted the lonely young deer grazing far away from the herd, and they planned to catch him. The wolves crawled slowly near him in ambush and made a sudden attack. This alarmed and frightened the unsuspecting reindeer, who made a quick run for his life. The wolves began to chase him into the jungle away from the herd. They thought they would chase him without quitting until he tired and give up and they would catch him.
In this chase, while running, the deer had no place of shelter to hide and protect himself. His distressed heart cried to God for help. The help came immediately. God guided him towards an icy pond. On reaching the pond, God commanded him to jump into the pond. Without thinking for a moment, the deer plunged itself into the icy waters of the pond! But he did not sink completely: only his legs were submerged in the water, while his head and body were well above the surface, without getting wet. The pond was only as deep as his legs!
The wolves reached the pond after him, but stopped at the edge of the pond. They did not dare to jump, or even to step, into the pond as it was deep enough to completely submerge them. Had they done so, the biting cold would kill them in no time.
So, as the deer stood unharmed in the middle of the pond, the wolves gathered around and sat with their mouths watering, waiting patiently for the deer to come out. But the deer would not leave the fortress of the pond, the refuge given to him by God.
As time passed, the wolves began to lose patience and eventually lost interest in the deer. One by one, they left the place in search of something else for their meal.
When the deer saw that the wolves had gone and the danger had passed, he stepped out of the pond and with a grateful heart, thanking God for saving his life from the deadly jaws of the wolves. He ran happily towards his herd and was re-united with his family!
This technique of jumping into a cold pond when chased by predators became known to other reindeer and bison who live in the area, and now they do the same thing at the time of need and save themselves!
So, children, the lessons we learn from this anecdote is to pray to Almighty God and seek only his help! God says in the Quran: “Then do ye remember Me. I will remember you.” the Quran also says: “And your Lord says: Call unto Me. I shall answer your Prayer”.
Remembrance of God is our only refuge, as was the pond for the deer!
(The writer is an undergraduate student of mechanical engineering, based in Kolar)