You Can Have a Pet, Even if You Can’t! 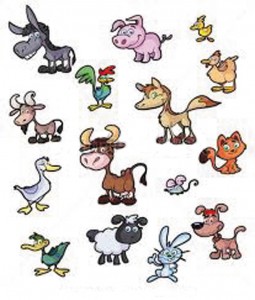 When I was young”I’m now 15″there was almost nothing more that I wanted than a pet. Some of my friends in school had pets”mostly dogs and cats and white mice. Some also had tropical fish”but I don’t know if you could call them ‘pets’, because, after all, you couldn’t hug them even if you wanted to! One girl in our class had a hen! From the television I learnt about how some lucky people in other parts of the world even had deer, elephants, pandas and leopards as pets!
How I wished to have a pet of my own”someone I could care for, feed, clean, cuddle, chat with and confide in when I was sad and lonely! I wasn’t asking for an exotic and expensive animal like a bear or an antelope, but why couldn’t I have a dog or cat, perhaps, or maybe even something much less expensive to maintain, like a squirrel, a turtle, or even a snail? Was that asking for too much?
My parents would have none of it, though. ‘Looking after an animal is a major responsibility,’ Mummy would say. ‘An animal is a life, after all, even if it isn’t human.’
‘It’s too much of a headache, and, besides, much too expensive and messy,’ Papa would add. ‘We’ll get you whatever computer game you want, but don’t ask for a pet.’
Every year, a week before my birthday, my parents would ask me what gift I wanted. Of course”and as they knew”all I wanted was a pet, but all I got were plastic toys and books that I got tired of in a week and never used again. Every birthday morning, I would get out of bed hoping that that my tears and pleas might have somehow melted my parents’ hearts and that this time I would be greeted with a pet waiting for me in a box!
But do you know what happened recently? I realised I don’t want a pet! And do you know why? It’s not because I don’t love animals any more”far from it!”but because I discovered that you don’t have to have a pet in order to have one!
Sounds strange? Let me explain. It all began when, some months ago, I was walking in a park and noticed an elderly man bending down and scattering a white powder from a plastic bag at the base of a giant banyan tree. The next morning, I spotted the man again, doing the same thing. Was it some sort of religious ritual, I wondered? Somehow, I managed to muster the courage (I’m afraid of old people, I have to say) and went up to the man and asked him what he was doing.
‘I’m making amends for at least some of my many sins,’ he answered. And then, almost at once, he broke out into a toothless laugh. ‘I’m feeding sugar and bread to the ants and birds, my dear! I’ve been doing that for the last 50 years! You can also do this if you like! It’s a lovely way to connect with animals. After all, they, too, are creatures of God, like you and me.’
Saying this, the man sat down on a bench nearby and patiently waited till an army of ants came marching towards the sugar that he had spread out for them. Soon, a couple of pigeons flew down and began noisily pecking at the bits of bread. You should have seen the man’s wrinkled face light up when a crow and a pair of robins hopped down to share the bread with the pigeons. ‘Come, come, my children!’ he called out to them. ‘You must eat well, my darlings, otherwise how will you become big?’
Why didn’t I ever think of this before, I wondered, delightedly gazing at the ants carrying bits of sugar twice as big as themselves and heading off into the grass. Like this old man, I, too, could be surrounded by animals and birds without having to trap them in a box or cage as a ‘pet’!
Thanks to what I learnt that morning from ‘Ant Uncle’ (he loves the name, and we’ve become great friends!), I now have dozens of animal and bird friends”in fact, simply too many to keep count of! Every morning, before setting out for school, I place a handful of peanuts on my bedroom windowsill, and as I get ready I can watch a tribe of squirrels come racing down a tree to nibble at their breakfast. At the school bus-stop, a dog I call Dimple greets me, running up for a hug and a couple of slices of bread. When I get back from school, I fill the bowl that’s kept outside the house with water for animals that pass by. After lunch, I scatter leftover rice or chapattis and vegetables for the bandicoots”it’s such a pleasure watching them come scampering out of their underground homes and set about munching! Occasionally, from my bedroom I spot a wandering cat or a cow or goat sauntering around or a monkey swinging in the trees, and I step out to have a conversation with them and share some food. When I’m walking around the house, I often stop to observe beetles, spiders, grasshoppers, centipedes, earthwo-rms, mosquitoes, flies and other little insects go about doing their own thing or birds meditating in the trees. And on Sunday mornings, I never fail to make it a point to meet up with Ant Uncle in the park, and together we spend hours feeding sugar and bread to the ants, chatting with the pigeons, gazing at the eagles soaring high above, near the clouds, and exchanging news about our animal and bird friends!