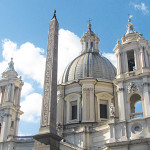 Rome: A coalition of Protestant and Catholic organisations have reached an agreement with the Italian government to provide safe passage for refugees from North Africa and the Middle East, in an attempt to by-pass the dangerous Mediterranean crossings organised by smugglers, which has led to the death of around 3,700 migrants so far in 2015. The Churches will set up assistance offices in Morocco and Lebanon, with the possibility of a third centre in Ethiopia later, and will provide airline tickets as well as accommodation, assistance with asylum procedures, educational opportunities and Italian language courses. The Italian government will provide humanitarian visas entitling the refugees to accommodation in Italy, but not the right to travel to other EU countries. The first arrivals under the “safe passage” scheme are expected to arrive in Italy at the end of January 2016. The announcement of the new scheme, which was made in Rome, came, as churches across the globe spoke out in support of migrants on a day which has been designated by the United Nations as International Migrants Day.
(Extracted from http://www.anglicannews.org/news/2015)