Islamic Voice 0 October, 2019 12:00 am
Interfaith Children’s Book about Jewish and Muslim Boys
Some Muslim Contributions to Modern Society
This Little Boy Emptied His Piggy Bank To Help A Defaced Mosque

Female Saudi Arabian directors Haifaa Al-Mansour and Shahad Ameen brought a message to the Venice Film Festival along with their movies: Women must be seen and heard. Mansour’s “The Perfect Candidate” tells the story of a woman doctor facing gender-based challenges while running for municipal council.Ameen’s “Scales” focuses on a young girl surviving against superstitious villagers who believe she is a curse.Both directors hope their films will convey a message of empowerment at a time when Saudi Arabia has been easing male guardianship rules.
The start of Mansour’s film reflects the changes in the Saudi Arabia, with protagonist Maryam driving her car to work. Recently, Saudi Arabia also ended travel restrictions for adult women, allowing them to do so without permission as well as giving them more control over family matters. Asked what she wanted, Saudi female audiences to take away from the film, Mansour said: “That it is about time to put themselves out there and not to be afraid of failure or to be judged.” “We come from a very traditional society so even with the liberties, like … (women) driving is legal, but not a lot of women drive because it is not accepted still socially. So it is very important for women … to take advantage of the new freedoms given to them because that is … how to move forward.”
In “Scales”, Hayat has been saved by her father from a village tradition of families sacrificing their daughters to sea creatures, making her an outcast.”It was my story, it was my experience … of people treating me in the country that I was in, in a very segregated society, in a society which obviously they prefer men over women,” Ameen said.”Do we come to accept these bodies that they’ve disfigured for years in our head with their voices? Do we come to have our own voice at the end? I think it’s every girl’s story, not just in the Middle East.”
In 2018, Saudi Arabia lifted a nearly 40-year ban on cinemas. Mansour has previously described how she at times had to hide in a van while directing her 2012 film “Wadjda” about a young Saudi girl determined to buy a bicycle. 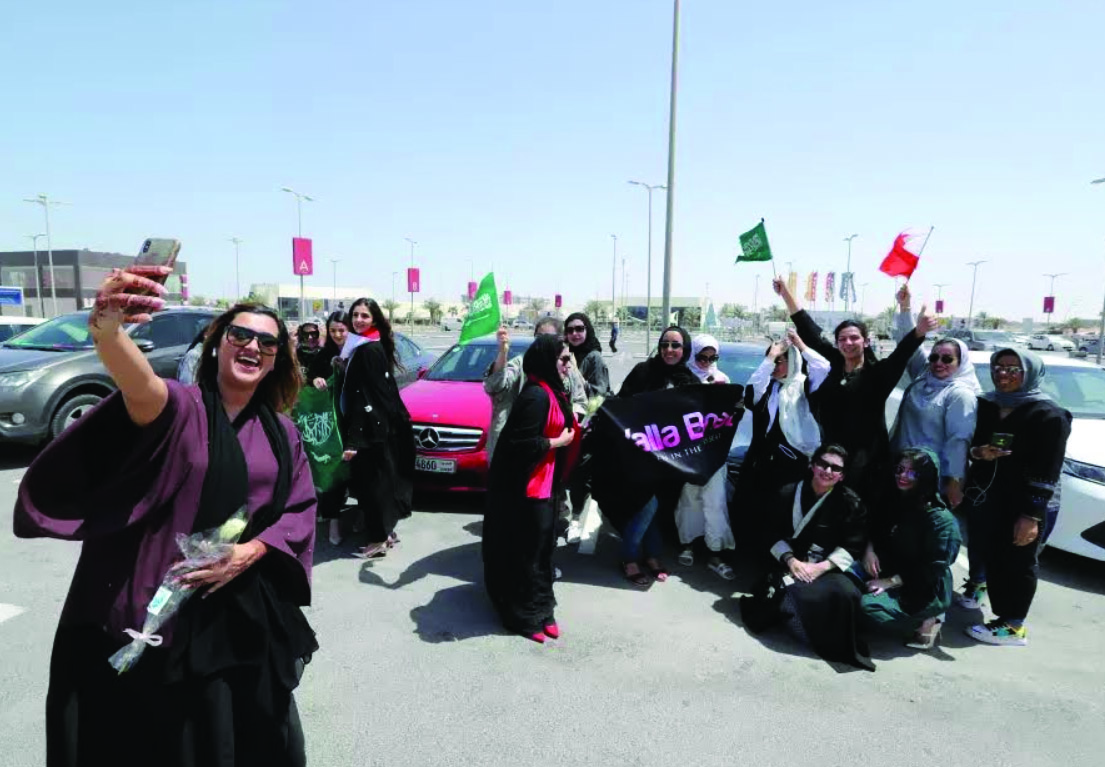