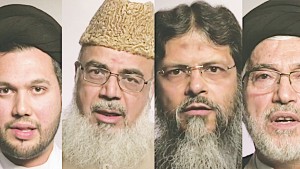 Leading British Muslim preachers have strongly condemned the Islamist militant group ISIS in an online video published last fortnight aimed at deterring young British Muslims from fighting in Iraq and Syria.
Their denunciation of the Islamic State of Iraq and Syria (ISIS) and its self-proclaimed “caliphate” is considered to be the highest-profile kickback thus far from Muslim leaders in Britain to the extremist Islamist group that has taken control of large swathes of Northern and Western Iraq and Eastern Syria.
The British Imams appearing in the video described ISIS insurgents as “corrupt, evil, viscous cowboys and terrorists.”
They said their film aims to counter the digital-media campaign that ISIS and other extremist groups have started in an attempt to lure foreign fighters to its new “caliphate.”
“[ISIS] are cowboys. They don’t represent the religion and are not qualified to represent the religion…,” said Sayed Ali Rizvi, head of the Majlis Ulama-e-Shia organization. “We are Muslims united against ISIS, against terrorism, against atrocity, against pain and suffering. “They don’t represent the religion, they’re not qualified to represent the religion,” he added. Maulana Shahi Raza, lead Imam of Grand Mosque of Leicester, said he rejects the so-called Islamic State declared by ISIS. “I consider ISIS as a terrorist organization and they are trying to create corruption and fitna [division] within the Muslim world.” This condemnation comes as the British Foreign Office estimates that up to 500 Britons have traveled to Syria and Iraq to join the group. The same Muslim preachers were behind an open letter signed earlier last month month by more than 100 British imams warning British Muslims not to travel to conflict-torn countries, according to the BBC.