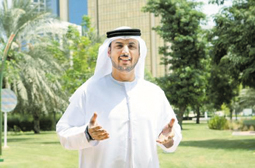 Abu Dhabi: After his eight-year-old daughter asked him if what the foreign couple was doing was allowed in the UAE, an Emirati man made it his mission to clarify what is considered permissible and prohibited in the country. Mohammad Al Qubaisi is a manager at a semi-government institute in Abu Dhabi. Walking in a mall, 40-year-old Mohammad Al Qubaisi was shocked when he saw a Western couple kissing in public.
“My daughter then came up to me and asked me whether this was allowed. I immediately told her that it wasn’t. She then proceeded to ask me were they not aware of this before they came to the country,” he said. On approaching the pair to alert them, he was surprised to find out that they knew nothing of the country’s norms and traditions. “They told me ‘We did not read this on the websites we visited before we got here’. So I set up a platform that allows foreigners and tourists to familiarise themselves with both the formal and informal laws on acceptable social behaviour in the country,” he added. This is when he set up ‘Before You Go To The UAE’, a website that covers a range of dos and don’ts from the society’s perspective. “I have tried as much as possible to showcase the UAE in a positive light, all the while giving those abroad realistic expectations of this great country and its people,” he said. (Photo credit: Abdul Rahman/Gulf News)
(Reported by Nada Al Taher)