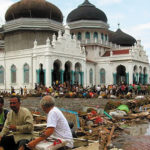 Heickel Alkatiri, an assistant manager at a tobacco firm, said he was now reluctant to attend Friday prayers at the mosque near his house in Jakarta. He said he looked for soothing sermons about Islamic values, but what he got was nothing more than hate speech. Muhammad Hafiizh Riyadi has a similar problem. When he attended a mosque in Pondok Pinang, South Jakarta, recently, a preacher said that voting for non-Muslim leaders would be a sin and those who did so could be regarded as infidels. “Such sermons can be misleading, especially for some people who just accept them without filtering what they hear. In my view, sermons should spread greater love, instead of telling us what’s right or wrong about other religions,” the freelance photographer said. Heickel and Riyadi are two of many practicing Muslims who have complained about the content of Friday sermons and are now looking for mosques with preachers who refrain from talking politics and spreading hate.
The government is aware of the problem and is now looking for ways to resolve it. “Many people have told us that occasionally in several mosques, the preachers forget to provide religious advice, and instead disparage other groups, which are the opposite of providing advice,” Religious Affairs Minister Lukman Hakim Saifuddin said recently. The minister said he wanted to ensure that preachers giving Friday sermons were competent and stuck to their roles as clerics. The ministry, he said, was planning to cooperate with Islamic organizations to “standardize” preachers to ensure they have full understanding about spreading positive messages during Friday prayers.
Lukman said he would talk with the Indonesian Ulema Council (MUI), Nahdlatul Ulama (NU), Muhammadiyah, and other Islamic organizations about the plan.
(For more details, see http://www. thejakartapost.com)