Announcing his desire to visit Iraq in 2020, Pope Francis, head of the Catholic Church, has called for a peaceful resolution to crises in the Middle East. He also warned that God would unleash his wrath on hypocritical leaders who liked to talk about peace while selling weapons to warring nations. “People escaping, crowded on boats, they cry out, seeking hope, not knowing which ports will be able to welcome them in a Europe which opens its ports to vessels that have to load sophisticated and costly weapons, capable of wreaking havoc that doesn’t even spare children,” he said.The pope made his comments during a meeting on June 10 with a Vatican coalition of funding agencies, known by its Italian acronym ROACO. Pope Francis said their meetings with experts would help them “hear the cry of the many who have been robbed over these years of hope.” They included people from Syria, where the risk of a major humanitarian crisis still looms, he said, underlining the plight of so many people left without food, medicine, schools and loved ones who have died or been killed. While people may be “insensitive” to such tragedy, God is not, because he is moved by the cries of his children, and he seeks to protect and guide them with tenderness, the Pope said. The Pope said his thoughts were also with Iraq, “where I have the desire to go next year.” 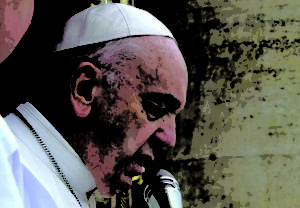