Many Americans’ knowledge of Islam is informed primarily through media coverage of extremist variations of political Islam and of warfare in the Middle East.

The Pew Research Center recently published the results of a survey looking at Americans’ knowledge of various religions. When given 32 basic questions about a variety of religions, the average respondent answered fewer than half correctly.
The survey identified several factors that were correlated with higher knowledge of various religions. Americans with more education tended to score higher. An important factor was personal interaction with people of other faiths; the survey found that Americans who personally know people from several different religious backgrounds tended to know much more about a range of religions. One important finding is that greater knowledge of religions other than one’s own has a strong tendency to lead to more positive perceptions of other religions.
The Pew survey found that a majority of Americans know that Makkah is the holiest city for Muslims and that Ramadan is an Islamic holy month; however, many Americans’ knowledge of Islam is informed primarily through media coverage of extremist variations of political Islam and of warfare in the Middle East.
Americans’ knowledge and perceptions of different religions have implications for society and foreign policy. It has long been clear that religious views affect US foreign policy. Christian affinity for the “Holy Land” and Judaism is one of several reasons behind traditional US support for Israel. Negative views of Islam, which existed prior to, but were strongly reinforced by the 9/11 attacks, have created challenges for US relations with many Muslim countries.
The Pew survey, combined with other studies on the connections between public religious views and foreign policy, suggest that education on world religions and programs designed to offer person-to-person interactions, such as interfaith programs, would improve Americans’ understanding of a variety of religions. Such efforts could facilitate improved relations with other countries, both by producing a larger cadre of foreign policy professionals with knowledge of religions and a voting public with better informed and likely more positive views of other countries’ religions. 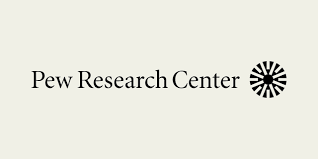