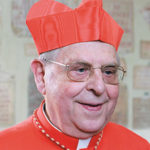 Vatican City: Cardinal Antonio Maria VegliÃ², president of the Pontifical Council for Migrants and Itinerant Peoples, has said that the migration issue is an urgent one that can’t be solved by the “human egoism” that closes doors and fosters a xenophobic attitude toward foreigners. “It’s not Christian to be xenophobic, it’s not Christian to not welcome a migrant, who has rights and also duties,” he told journalists. When an immigrant arrives “they need to be recognized by the country who welcomes them,” he said. He emphasized that a migrant must respect “the traditions and identity of the culture where they go, just as the country where they arrive must respect the dignity and the identity of the immigrant.”