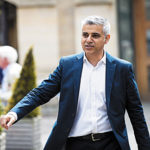 Labour party candidate and son of a London bus driver, Sadiq Khan, 45, was recently elected the new Mayor of London, becoming the city’s first Muslim mayor (and also the first Muslim mayor of any capital city in the European Union). In his victory speech, he referred to his humble origins and said he had never imagined that “someone like me could be elected as mayor of London,” promising to be a mayor “for all Londoners”. Khan did not have a privileged start in life. He was one of eight children born to Pakistani immigrants, a bus driver and a seamstress, on a south London housing estate. From an early age, he showed a firm resolve to defy the odds in order to win success for himself and the causes important to him. Leaders have taken to Twitter to congratulate Khan, including the left-leaning mayors of New York and Paris. Greetings also came from Ahok Basuki Purnama, the governor of Jakarta. He became Muslim-majority Jakarta’s first Christian governor in 50 years when he was elected in 2014. A commentary in German news magazine Der Spiegel describes Khan’s win as a “victory over Islamophobia”. Qatari daily Al-Sharq says: “Once again, the British capital enters history, this time through the gate of democratic victory by electing a Muslim of immigrant descent as its mayor.” History Professor Juan Cole points out that Khan is by no means the first Muslim in charge of a European city.