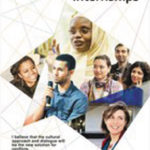 For the past ten years, young professionals from largely Muslim countries, and from Germany have been able to immerse themselves in a foreign culture for three months as part of a internship programme run by the Institute for Foreign Cultural Relations. The programme recently celebrated its 10th anniversary. The CrossCulture internship programme provides young professionals from 32 largely Muslim countries, spanning from Mauritania, through the Middle East and Central Asia, all the way to Indonesia, as well as their counterparts from Germany with the opportunity of living and working for a limited time in a foreign culture. Since 2005, some 450 internships have been granted by the Institute of Foreign Cultural Relations, which maintains a partnership with the German Foreign Office. The programme not only enables the interns to expand their personal and professional skills, but also to promote intercultural dialogue within civil society in their respective home countries. The CrossCulture programme has established a permanent bond between people from Germany and Muslim countries. “Digital forums cannot replace face-to-face encounters”, said Eva Sodeik-Zecha, head of the CrossCulture programme.