Islamic Voice 0 September, 2016 12:00 am
Egypt: An Appeal for Urgent Civil Society Mobilization
Where Are the Muslim Scientists?
New York City Campaigns Against Islamophobia 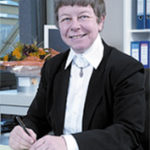 A Muslim woman in France who was fired for refusing to remove her headscarf should have been allowed to cover her head at work, a legal advisor to the European Union’s top court has stated, adding that the request amounts to “unlawful direct discrimination.” “There is nothing to suggest she was unable to perform her duties as a design engineer because she wore an Islamic headscarf,” Advocate General Eleanor Sharpston said in a written opinion recently, as quoted by Reuters. The case arose in 2009, when Asma Bougnaoui was asked by her employer, Micropole SA, to remove her headscarf when dealing with clients. When she refused, she was fired. Although companies can impose strict rules for appearance if it is a “genuine and determining occupational requirement,” Sharpston said it was hard to see why the restriction was valid in this particular case. Sharpston’s statements come just one week after a Muslim law trainee in Germany won the right to wear a headscarf at work when a court ruled that there was no legal basis for the state of Bavaria to prevent her from doing so.
( rt.com/news)