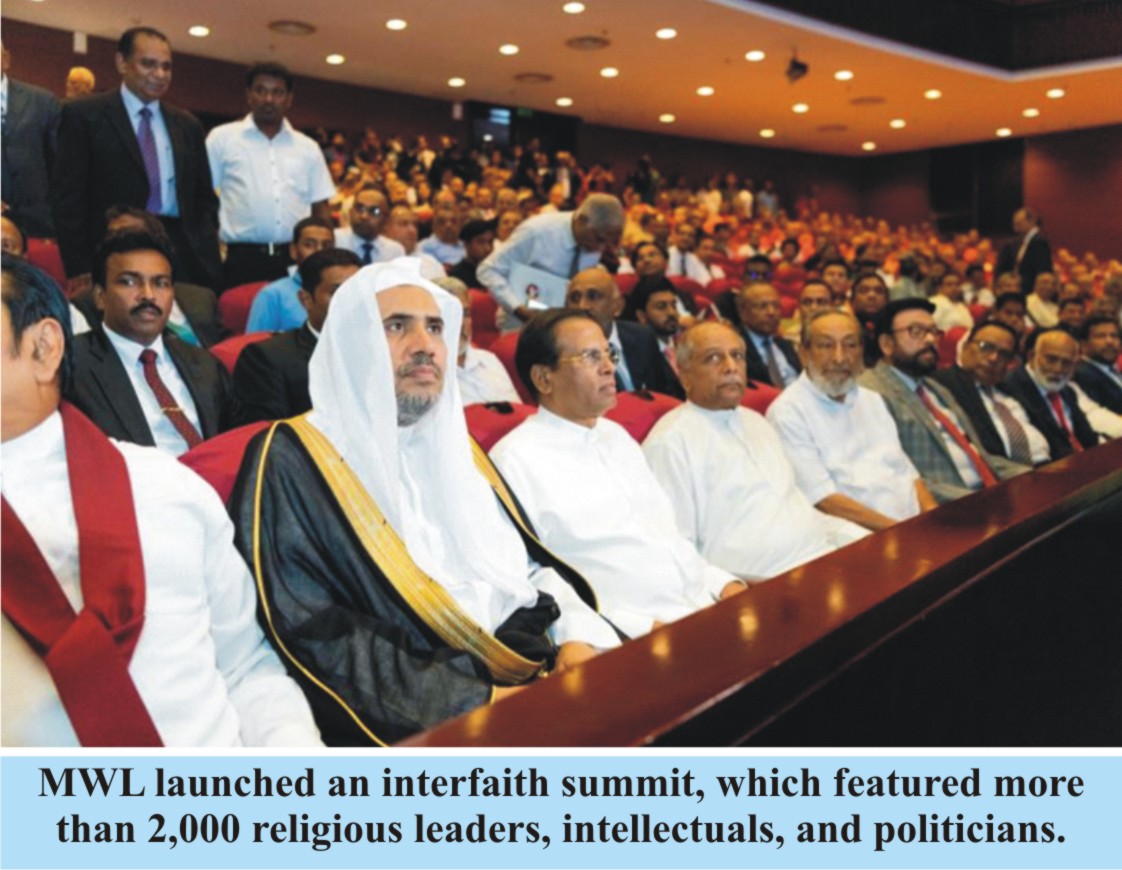 One of the largest moderate Islam advocacy groups in the world says the time for talk and fruitless dialogue is over instead, the world needs concrete actions.

Muslim World League Secretary General Dr. Muhammad bin Abdul Karim Issa is considered by many to be the leading voice against political, extremist Islam worldwide. Issa spoke with Fox News Digital about the MWL’s efforts to connect with other religions and affect meaningful change in interfaith relationships around the world.

“Interfaith cooperation is not merely a symbolic endeavor,” Issa told Fox News Digital in an interview. “It must be actualized through real world action. It is this thought that informs the very soul and operations of MWL.”

“For example, we have long recognized the vital friendship and respect between Muslim and Jewish faiths,” Issa said. “I led a ground-breaking trip to Auschwitz in 2020 whereby myself and a prominent delegation of Muslim scholars remembered the atrocious crimes committed against the Jewish population during WW2. I knew this obligation, to openly dispute entrenched narratives of division and stand in solidarity with my Jewish counterparts, would establish a new precedent and make tangible progress in relations between Muslim and Jewish religious leaders.”

Muslim World League’s critics accuse Issa of watering down Islam in order to make it more progressive sacrificing the reality of the religion’s spiritual claims for the sake of interfaith relations. Issa says his organization is not interested in contorting or twisting Islam to fit into modern international politics, but wants to hold firmly to the religion while embracing its capacity for tolerance toward other faiths.

“The best example of how MWL’s commitment to cross religious dialogue has not sacrificed the core tenets of Islam is our recent visit to the United States, where we engaged the Christian Evangelical community in what is commonly referred to as the Bible belt,” Issa told Fox News Digital.

“How can we be at odd with our Islamic principles when the basis of these engagements, with Christian pastors like Pastor Roberts, and Jewish leaders like Rabbi David Saperstein, Rabbi Charlie Cytron-Walker, was the Makkah Charter a charter signed and endorsed by over 4,000 Islamic thinkers and 1,200 senior Islamic scholars from around the world?” the Islamic leader asked.

The Makkah Charter is the MWL’s crown jewel thus far a document written, studied, edited and approved by over a thousand Muslim scholars from almost every sect of Islam. Such a document is a rare example of inter-Islam cooperation at a time when minority factions of the faith are under extreme threat of violence in many nations.

“The Charter of Makkah is a pan-Islamic set of principles which support and promote anti-extremism, religious and cultural diversity, and calls for legislation against hate-motivated crimes and violence,” the charter’s website states. “The document was declared at the end of a four-day conference organized by the Muslim World League in Makkah. It was approved by Islamic leaders of 139 countries and signed by around 1,300 prominent Muslim figures.”

Issa says that while communication is a good start, more concrete projects for interfaith cooperation are necessary to turn talk into action.

MWL has created and funded charities in Africa to combat the crisis of human trafficking in partnership with other faith groups in the region. They are also the creators of the Mercy & Peace Foundation, which similarly crosses faith lines to provide resources for victims of gender-based violence.

“Although holding talks with leading Jewish, Christian, and Catholic representatives such as the one I shared in 2019 with Pope Francis are crucial to promoting mutual understanding, the MWL knows more needs to be done to achieve peace,” he told Fox News Digital. “Our desire to operate large scale and global projects with, and for, different faiths and nations is what allows us to go beyond conversation.”

“The International Organization for Relief, Welfare and Development is among the most important organizations of the MWL,” Issa said. “It provides aid to Muslim and non-Muslim communities in need around the world. In 2019, the IIRO successfully concluded the League’s Boreholes Project designed to provide clean drinking water to communities in Ghana.”

The IORWD, formerly known as International Islamic Relief Organization or International Islamic Relief Organization of Saudi Arabia (IIRO), is a major NGO with work in over 58 countries. The IORWD invests in health care, education, engineering and emergency service programs across the world. They also provide funds for Islamic study programs in underserved regions.

However, the Saudi-funded organization has not operated for this long without stumbling blocks. The attacks of 9/11 on the United States through the Saudi government put it under the world’s microscope, and United Nations officials began scrutinizing the NGO from every angle.

Asked about Issa’s own home of Saudi Arabia and its lack of diplomatic relations with key international faith communities such as the Holy See and Israel, Issa said the MWL was simply not in a position to affect political change on an international level.

“[MWL hopes to help in] building universal bridges that can help bring humanity together. All with the ambition to encourage civilizational dialogue built on the one force shared by billions of people around the world: Faith. What political results ensue therein is neither a focus nor a factor MWL can control.”

However, Issa, as head of the MWL remains optimistic.

He adds, “The hope remains singular: To rally humankind under the banner of mutual respect, cooperation and trust foundations MWL believes require absolute and clear strengthening amid the growing polarization, hate, inequality, racism, and the literal sickness of ours and our planet.”

The author is a writer for Fox News Digital.