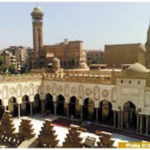 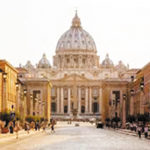 Vatican City: The Vatican and one of Islam’s most renowned schools of Sunni thought are joining forces to discuss how they can work together in combating religious extremism that uses God’s name to wrongly seek to justify violence. On Feb. 21, the Vatican announced that Cardinal Jean-Louis Tauran, president of the Pontifical Council for Interreligious Dialogue, will travel to Cairo to participate in a special seminar at the Al-Azhar University. He will be joined by the Council’s secretary, Bishop Miguel Ãngel Ayuso Guixot, and the head of their Office for Islam, Msgr. Khaled Akasheh, to discuss the theme, “The role of al-Azhar al-Sharif and of the Vatican in countering the phenomena of fanaticism, extremism and violence in the name of religion.” The meeting will take place “on the vigil” of Feb. 24, in honor of Pope John Paul II’s visit to the university on that day in 2000. It will also be attended by the Holy See’s ambassador to Egypt, Archbishop Bruno MusarÃ², as well as various representatives from Al-Azhar.