Islam, seen as an “Outsider” in Germany 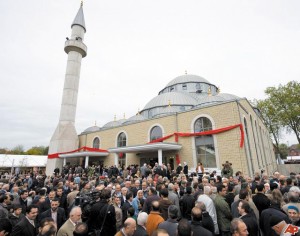 Allensbach (Germany): According to a representative survey, conducted by the Allensbach Institute for the Frankfurter Allgemeine Zeitung newspaper, the majority of the people associate Islam with a propensity for violence, fanaticism and intolerance. Although the real life situation of Muslim women does not correspond with the image of the “oppressed woman”, 83 per cent of respondents view Islam as misogynist and feel that it is characterized by discrimination against women. In contrast to the negative prejudices towards Islam, only 13 per cent relate Islam to the grace of charity and 7 per cent to openness and tolerance. The study describes the attitudes of Germans as still dominated by the Huntington assumption of “clash of civilizations”. Interestingly, there is no positive correlation between tolerance and inter-cultural contacts. Despite a higher number of Muslim immigrants in West Germany, 48 per cent of West German interviewees feel discomfort in the presence of headscarf-wearing women. Only 22 per cent of the interviewees see Islam as an integral part of Germany and only 29 per cent perceive Muslims as part of the country.