There’s a band of wonderful people, I discovered recently, who are doing amazing work in trying to save urban wildlife – the Bangalore chapter of People for Animals (PFA). 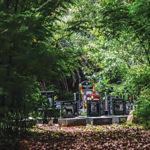 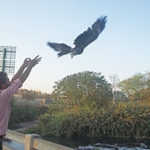 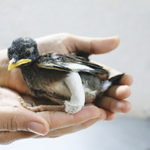 Some years ago, a majestic tree stood just outside our house, not far from the heart of Bangalore. It was home to a squadron of monkeys, numerous squirrels and many varieties of birds. There were probably many snakes around, too. In those days, there was ample wildlife where we lived. That was probably how it was in most other Indian cities then, too.
But that’s a story from a bygone age. Today, a mammoth-sized school occupies the space which that sprawling tree once did, and barring the occasional bird and squirrel, there’s almost no wildlife left here. Most of the trees in our area have long since gone. Our locality has become one massive, crowded, very ugly concrete jungle.
‘Development’ has meant devastation for much of India’s urban (and rural) wild animals. There’s now hardly any space in our cities for them to live. Many of the urban water-bodies and green patches that they inhabited, probably for centuries, have been gobbled up by malls and mega-housing projects.
But all isn’t lost, though. There’s a band of wonderful people, I discovered recently, who are doing amazing work in trying to save urban wildlife”the Bangalore chapter of People for Animals (PFA).

200 Branches across India
PFA was launched in 1992 by well-known animal rights’ activist Maneka Gandhi. It now has more than 200 branches across India. Its Bangalore chapter, established in 1996, runs a shelter-cum-hospital in Kengeri, on the road leading from Bangalore to Mysore. It is one of only two such facilities for wild animals rescued from different parts of the city.
25-year old amiable Zuber Ahamed, a PFA staff member, takes us on a tour of the six-acre campus, a green haven just adjacent to the dust-filled, noisy, maddening urban sprawl. It’s obvious that Zuber loves his job. I can easily understand why. You can see that he is passionate about the animals he is surrounded by, as do the other PFA staff we get to meet.
A mynah chick that has fallen out of its nest, an injured squirrel, rabbit, snake or pangolin, an orphaned or blind monkey baby, a bear or a peacock rescued from captivity, a parrot rescued from a ‘soothsayer'”all these find a love-filled, welcoming home, including food and medical treatment if necessary, at the centre. So, do any sort of wildlife kept illegally as pets or that’s rescued from traffickers.

24 Hour Rescue Helpline
PFA has a 24-hour rescue helpline, a rescue team of five people and an ambulance that’s available every hour of the day, every day of the week. “We get 10 to 15 rescue calls a day,” explains Zuber. PFA has trained a number of volunteers in different parts of Bangalore to rescue wild animals in distress in their areas and arrange for them to be sent to the centre. Here they are housed in large, immaculately-clean enclosures and are provided with regular medical care (the centre has a specialized hospital, with two doctors, X-ray facilities, a surgical unit, a clinical lab, a neonatal incubator, an ICU, a quarantine unit, and so on). Then, if and when they are fit enough, they are released in the wild. As of December 2015, PFA had rescued 7877 reptiles, 2865 mammals and 8214 birds. Some 70 per cent of animals that the centre has rescued have been successfully rehabilitated.
Drop in at the centre on any day and you’ll find it buzzing with activity. A caretaker is feeding an abandoned two-week old baby eagle. A bat with a damaged wing hangs upside-down from its perch, munching on a bowlful of papaya. Several dozen regal-looking Black Kites stroll around somberly (many of them were trapped in and injured by glass-laced string that’s used for flying kites). A large family of terrapins (a sort of turtle), rescued from someone who wanted to smuggle them out of the country, sit in the sun or swim in a shallow pool. Milo and Buddy, Orange-faced monkeys who’ve lost their limbs when they were electrocuted, make faces at passersby, while 12 year-old Elizabeth, a Bonnet Macaque who lost her eyesight in an acid attack, takes an afternoon nap. Baby monkeys (all of whom have been orphaned) bounce about in their hammocks or play with their toys. There are several snakes here, too, and barn owls as well, but we didn’t get to see them.
PFA’s large pet cemetery is one of the few of its sort in the country. It is one of the major sources of financial support for the centre, helping it to meet much of its expenses. For a fairly modest sum, owners of deceased pets can provide them a dignified resting place here. Rows of carved tombstones line the cemetery, bearing the names of the occupants of the graves and a line or two expressing the love that the people they lived with had for them and the fondness with which they are remembered”a truly touching reminder of what animals can mean for, and do to us, if we let them to.

Volunteering Opportunities
PFA provides numerous volunteering opportunities. You are welcome to offer your time here, helping with the cleaning of the enclosures, for instance, or with feeding the animals or assisting in documentation, research and publicity. Companies can arrange for employees to spend a few days at the centre. Several schools have their children spend half a day here for an amazing learning experience. PFA is a non-profit organization, and runs solely on donations given by the public. At 2500 rupees, you could sponsor an entire’s day food for all the many birds and animals here. You could also ‘adopt’ an animal, contributing money for its treatment and care.
Just two days after I began working on this article, a Black Kite”a really majestic bird”was found in our apartment grounds, unable to fly. Having visited PFA, I knew exactly what to do. I dialled PFA’s 24×7 animal rescue helpline, and in a while Harish, one of PFA’s team of rescuers, arrived. You should have seen the amazing way he handled the bird! He fed it and gave it first aid with great care and love, before taking it along with him to the PFA’s centre for treatment and rest. Last night, he SMS-ed me to say that the bird was doing well.
I was very impressed! You’d be, too, if you drop in at PFA someday and see for yourself the animals, birds and their human friends there all very busy at work and play.
Do pay them a visit”PFA is open all seven days of the week. I’m sure they’d love to have you over!
(For more details, see www.peopleforanimalsbangalore.org. PFA Bangalore’s helpline number is 9900025370. For PFA India-wide, see www.peopleforanimalsindia.org)