From Imam Ghazali To The Theory of Quantum Mechanics

‘Occasionalism’ deals with the concept of causation. Simply put, the relationship between a cause and its effect.It determines the dependency of cause and effect on each other. If my hand moves a chair, is it the strength of my hand causing the movement? Is the firing of the neurons stimulating the muscle activity, or is the thought process behind it? Or is it the molecules and atoms rearranging themselves to make this possible?

Occasionalism has far reaching implications in the philosophical and theological world. From Aristotle to Imam Ghazali, Gottfried Leibniz and Rene Descartes– this topic has perplexed the greatest minds.

Our article will explore some of the philosophy and the science behind occasionalism. 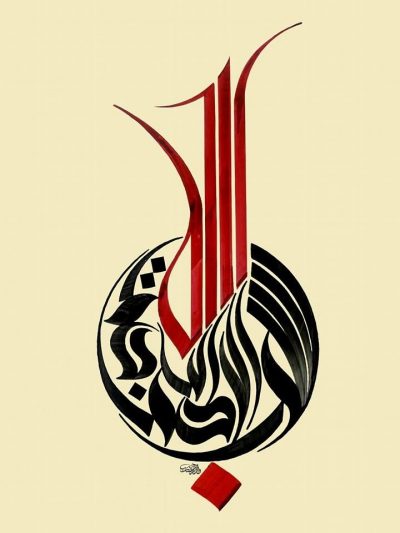 Abuu Hamid Muhammad Ghazali (1058-1111) is regarded as one of the most influential theologians, philosophers and polymath of his times. Over 400 books are attributed to his name. Great Muslim philosophers preceding Ghazali debated the Aristotelian and neo-platonic concept of origin of the universe and the role of God. Philosophical giants like Abu Nasr Al Farabi (872 AD -950 AD  )and Abu Ali Ibn Sina (980-1037) discussed the essence and attributes of God. Al Farabi’s emanation theory and Ibn Sina’s contingency hypothesis confirmed God as the prime mover, the original source of all being. However, the role of God in the day-to-day events of this world is disputed by these philosophers. Their dictums dictated that God is too exalted to deal in the particulars of this world. God, according to them, could not bother himself with the trivial and mundane day to day affairs of the universe. According to the philosophers objects effect causality by their internal physical nature and attributes.

In his book the “Incoherence of the philosophers”, Ghazali criticises this logic. He accused the philosophers of the “begging the question” fallacy. How could the philosophers know that God does not contribute to the particulars of the universe and life on earth? He approached the issue of causality with the opening premise of the role of God in all and everyday events. According to Ghazali, God plays a central role in daily occurrences. Things exist and exert effect because of God’s continuous creation. His argument states that a presumed cause and a presumed effect are in fact two separate and unconnected events. Ghazali clearly states the agency of God as the ultimate cause of everything, including the perceived cause and effect relationship.

Ghazali held that everything that God created (matter, time, space and motion) consisted of two basic elements, namely atoms and energy. Atoms were accepted as indivisible. As a result of atomizing matter, space, time and motion Ashari philosophers like Ghazali saw the universe as consisting of separate and independent entities. Things in the world do not have any permanent nature. Fire, for example, does not have an inherent permanent power or quality of burning. When a substance like cotton touches fire, it is only God who creates burning in the cotton, not fire.

This was the basis of the Ashari deterministic philosophy which states that atomism makes everything in the universe discontinuous and fragmented, including space-time, substance and movement. Accordingly, the universe had a first moment of creation, then continuous re-creations at every subsequent moment in time. In this way, the universe’s existence is like the blinking of a light it exists successively for the duration of only a moment.

In 1925–1926, quantum mechanics was invented as a mathematical concept. It posits that probability and discontinuity are fundamental in the physical world.  Al-Ghazali’s views on cause and effect are quite similar to quantum phys¬ics’ approach to movement. Quantum physics’ understanding of movement makes it easier to understand why Islamic theologians called movement as a coming into existence from nothing (al-kawn). Both Ghazali and the Quantum theory deny the independent existence of objects, stating that objects are created anew and in relation to its position with the observer. For some this comparison may be a farfetched idea. However, for the Muslim philosophers, metaphysics is as close as it gets to science in their days. Peering into history from the lens of metaphysics will help establish this link for the reader.(The author is a consultant surgeon with the NHS in the UK)