Islamic Voice 0 May, 2021 2:38 pm
From Imam Ghazali To The Theory of Quantum Mechanics
Day (Yaum ) in Islam Starts at Fajr not at Magrib
From Clothes to Catering!

Covid-19 represents one of the greatest challenges mankind has faced in the 21st century. Since the start of the Covid-19 outbreak, quarantine has been the number one recommendation as the most effective way of curbing the infection rate of corona virus (COVID-19). Over 10 centuries ago, Ibn Sina, one of the fathers of modern medicine and polymath, unlocked the nature of epidemics and proposed quarantine, Social distancing, sanitization etc.. 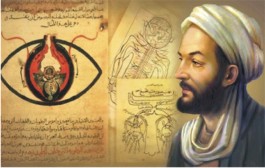 Ibn Sina, also known as Abu Ali Sina was born in 980 CE in Afshona, (present-day Uzbekistan). He was a Persianpolymath who is regarded as one of the most significant physician, astronomer, thinker and writer of the ‘Muslim Golden Age’. It is believed that he wrote around 450 books, from which around 240 have survived, including 150 on philosophy and 40 on medicine. His most famous works are ‘The Book of Healing’, a philosophical and scientific encyclopedia, and ‘The Canon of Medicine’, a medical encyclopedia which became a standard medical text at many medieval universities and remained in use for more than 600 years.
Ibn Sina suspected that some diseases were spread by micro-organisms. He came up with the method of 40-days isolation called ‘al-arba’iniya (‘The Forty’). Later, traders from Venice heard of his successful method and took this knowledge to Italy. They called it ‘Quarantena’ (‘The Forty’ in Italian). This is where the word “Quarantine’ comes from, which refers to a till now widely practiced to fight against epidemics.
Besides philosophy and medicine, Avicenna’s corpus includes writings on astronomy, alchemy, geography and geology, psychology, Islamic theology, logic, mathematics, physics and works of poetry.

(The author is a software engineer and motivational speaker. He can be contacted on [email protected])