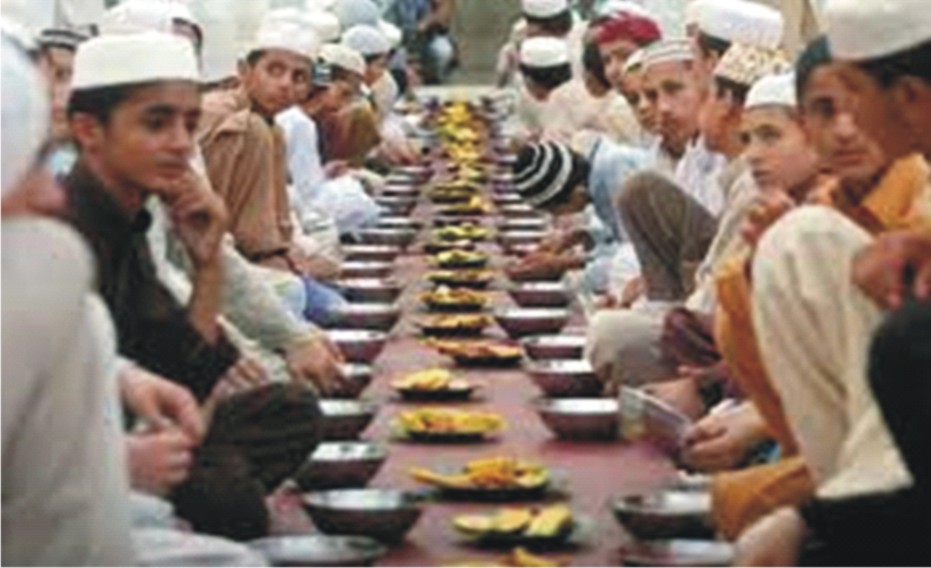 Lucknow: Since the Ramadan began, the 183-year-old Nawabi kitchen at Chhota Imambara has been providing Iftar to around 600 needy households in the old city and the 13 mosques that fall under the Husainabad district, as per the old Lucknowi Tehzeeb custom.

The Nawabi kitchen was closed for two consecutive years due to the Covid-19 epidemic.

Shedding light on this noble tradition, Lucknow-based senior journalist Ifftida Bhatti told Islamic Voice that it is a unique feature of the city’s culture developed during the period of Shahan Avadh.

According to accounts, the third monarch of Avadh, Muhammad Ali Shah, began the custom in 1839 and has since distributed food to 3,000 needy families through a trust fund established by the king.

He continued, people willingly give to keep this tradition alive, and Iftar is offered to all those in need.

Iftar, the meal served to Muslims who fast, is provided by the Nawabi kitchen at 13 mosques run by the Husainabad and Allied Trust (HAAT) as well as 600 needy families.

“The tender was floated this year,” said Habibul Hasan, a HAAT official. A budget of Rs 19 lakh was passed in 2019 to be spent from HAAT – the king’s ongoing trust.”

At night, food is distributed to approximately 600 needy households from the Chhota Imambara for 30 days.