Can the Waqf Board be Trusted? 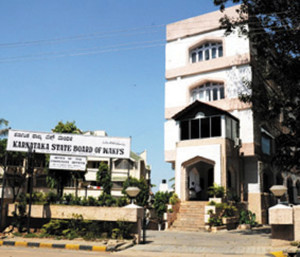 Bangalore: Can Karnataka Board of Awqafs be trusted as an honest custodian of the vast number of waqf properties in the State?
The Muslim Orphanage, premier waqf institution has alleged in its 100thAnnual Report that the Board-appointed Administrator of the Orphanage who demitted office on November 23, 2013 handed over a sum of Rs. 18,000 only towards cash on hand to the new Executive Committee which took over the affairs of the over 100-year old institution. Mr. S. S. Rahman, who presented the Report at the Annual General Board Meeting on October 25, said that on verification of the Audited Report for the 2011-12, it was observed that there was cash balance of Rs. 100,733 out of which Rs. 70,990 is ‘cash on hand’ of the Orphanage and the same was neither handed over nor brought to the notice of the new committee.
The published Reports alleges that the then administrator, Mr. Ismathullah Khan, without the knowledge and permission of the Karnataka State Board of Awqafs had transferred and deposited a sum of Rs. 65 lakh to the Amanath Cooperative bank, Shivajinagar knowing fully well that the Bank was under moratorium from the Reserve Bank of India. He said the amount was withdrawn from Indian Overseas Bank. He said this large amount of money faces great risk as the Bank was facing uncertain conditions. If the latest report were to be believed, in case the Amanath Coop Bank is taken over by the Canara Bank, the depositors would lose 38% of their deposits as per the Canara Bank’s conditions for takeover. The larger question that needs to be asked is: Should the waqf institutions such as Orphanages be penalized with huge deduction of their deposits while former directors of the Amanath Cooperative Bank, which included political bigwigs and prominent Muslim citizens of Bangalore go scot free?
Mr. Rahman said the Orphanage has initiated action by calling for proper explanation from the earlier Administrator. The question, if a directly administered institution like the 120 year old Muslim Orphanage could be so mismanaged while being under the nose of the Board in Bangalore, how could it be trusted to protect, develop and safeguard the thousands of properties in the vast State?
Wakf Minister Faces Charges
Meanwhile, the Karnataka Lokayukta Police have registered an FIR against Wakf Minister Qamarul Islam over the alleged illegal sale of Wakf property in Gulbarga, from where the Minister hails. A private complaint had been lodged by Kolar-based activist Tabrez Pasha before the lokayukta Special Court in Bangalore in this regard. The Minister is facing the charge of illegally getting the transfer of land measuring over eight acres by securing a General Power of Attorney and selling the land as residential sites. The Minister is likely to be interrogated by the Lokayukta Police.
The land was granted to Khwaja Bande Nawaz Sharief Dargah by the Wakf Board in 1974 and four years later, Qamarul Islam requested that the land to be granted to him, it said. The land was illegally granted in Qamarul Islam’s favour and the minister converted it into a residential layout, selling each plot for a sum ranging from Rs. six lakh to Rs. 20 lakh, Pasha alleged in his complaint.