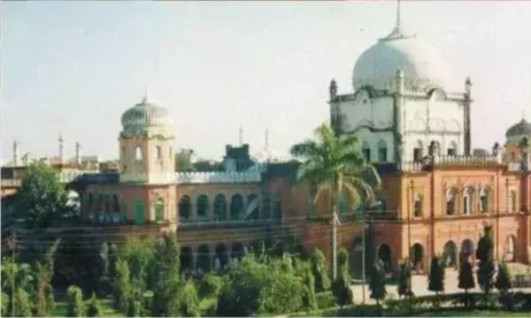 NEW DELHI: After targeting the minority-run education schools, particularly madrasa, in its report, the National Commission for the Protection of Child Rights (NCPCR) has now turned its heat against world-renowned the Islamic seminary Darul Uloom Deoband for issuing certain fatwas related to child rights. After receiving a complaint, the panel said these fatwas on the Darul Uloom website are “misleading, unlawful, and damaging to children,”

“One of the fatwas issued by Darul Uloom Deoband states that adopting a child is not prohibited, but that simply by adopting a child, the ruling of a genuine child will not apply to him and that it will be essential to observe Shariah Purdah from him once he is adult.” In a letter to the District Magistrate of Saharanpur on January 17, 2022, the commission stated that the adopted child would receive no share in the property and would not be an heir in any circumstance.

According to the panel, such fatwas are deceptive to the law of the land and illegal.

“The Indian Constitution guarantees fundamental rights to children, including the right to education and equality,” it continued. The NCPCR intends to emphasize that publishing such statements as advice antithetical to children’s rights on a website that is open to the public and available in the public domain is deceptive, unlawful, and detrimental to children.

“As a result, it is recommended that this organization’s website be properly checked, probed, and any such content be removed immediately,” it wrote.

Furthermore, access to such websites may be restricted until the content is removed to prevent the dissemination and repetition of “unlawful utterances and, as a result, incidences of violence, abuse, neglect, harassment, and prejudice against minors,” according to the report.

The child panel has asked the District Magistrate to report the actions taken within ten days.

Reacting to this, the Students Islamic Organisation of India (SIO) said the NCPCR’s letter is “yet another attempt to undermine Madrasas and their education by cherry-picking few fatwas and sensationalizing them.”

“Fatwas are nothing but personal views of religious scholars on many subjects pertaining to personal and societal life,” it added.

In reality, scholars frequently hold opposing viewpoints on a particular topic, yet none of them has any legal sanctity or institutional authority. It said in a statement that people are allowed to act according to their own interpretations of religion.

“It is a well-established legal stance in India that issues of inheritance, marriage, divorce, and other personal matters, such as adoption, are addressed by the customary laws of many communities and religions.

“We are sure the NCPCR members are aware of this well-established Indian legal position, which the Constitution protects. The SIO stated that “their targeting of a well-known Muslim seminary for discussing their viewpoint on adoption is a superficial and unscrupulous attempt to tarnish not only the institution but the entire Muslim community by association.”