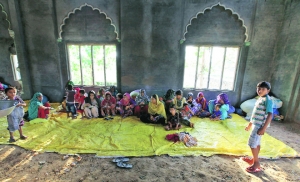 The Jamaat-e-Islami Hind (JIH) has stated that it will build 200 houses for the Muzaffarnagar riot victims. A JIH delegation, led by its Secretary General Nusrat Ali, visited the relief camps at Loi, Budhana, Shahpur and Basi Kalan and assessed the relief and rehabilitation works. The delegation also prepared a detailed report of all riots victims. According to its report, a total of 113 persons were killed while 30 others went missing in the riots in Muzaffarnagar and adjoining districts. In 113 killings, 97 are Muslims and 16 are Hindus, it said. The delegation met with the victims, living in relief camps and listened to their problems. It also met with relief camps in-charges and assured them for providing all basic needs for affected persons. The JIH is erecting 1000 water-proof tents which would save the camp residents from cold and rain.