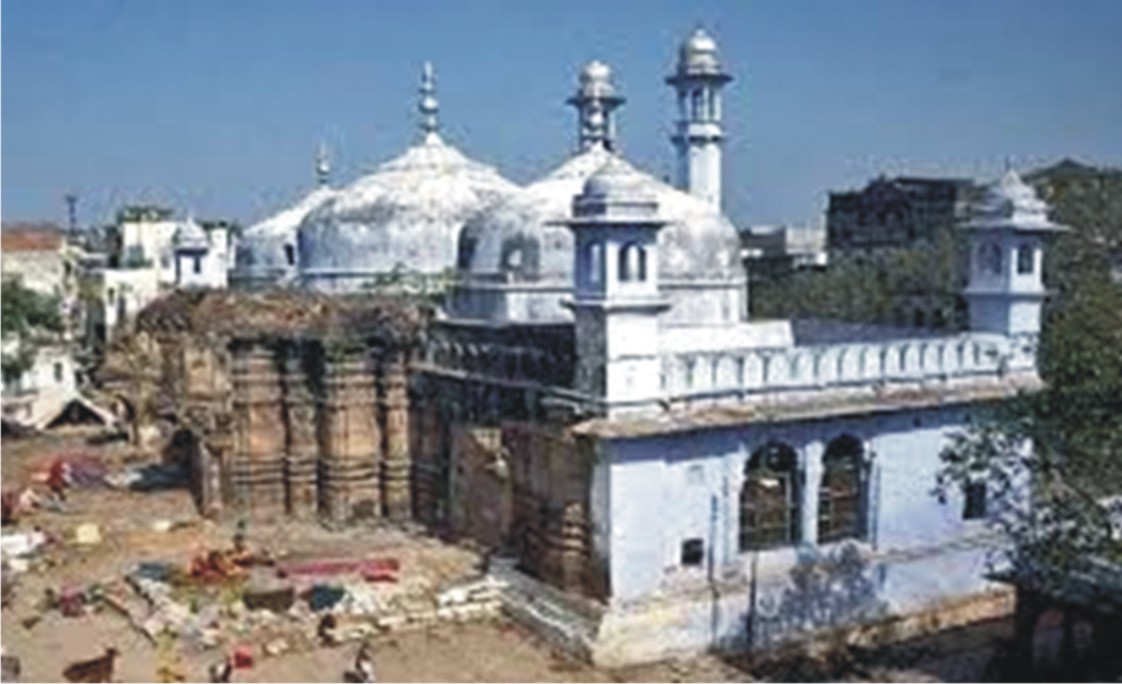 RSS chief Mohan Bhagwat’s latest statement on the Mandir-Masjid issue is welcome. He stated that RSS will not take part in any such movement after the Babri-Ram Mandir issue. Whether this represents a change in position of all the components of the Hindu Brigade or is only a strategy to keep RSS away while others keep agitating is to be seen in the coming days. Had such a statement come from the Prime Minister or Home Minister, it would have really meant something. It may be that strategically organizations like VHP and Bajrang Dal will continue to agitate on that front while RSS and BJP will take a relatively reconciliatory stand. In all likelihood, the debate on Mandir-Masjid will continue to hit the country.

The combined Muslim population of the Indian subcontinent is about 30 percent of the total population. It means that around 30 percent of Hindus converted to Islam in the last one thousand years. This in turn implies that there would have been a large number of localities where almost the entire population of the locality converted. In that case, if there was a place of worship in that locality, owned and built by the populace of that area, what would be the obvious eventually? In all likelihood, they being the owners would turn the place of worship according to their new faith. They might not be extra careful in not using the parts of the old building in the new building. Of course, they did not anticipate that this would be used by Hindus in the future to lay claim on the building on the ground of its having been converted in the distant past.

Religion is a binding, not a disintegrating force. The condition is that religious morality rather than religious identity should be the driving vehicle. It is the religious identity which combines with economic and political fundamentalism to engender communalism.

This has always happened and will continue to happen. Whenever there is a change of power the new dispensation changes certain buildings according to their own ideas and plans. The buildings built by the British are being used by the Indian government according to their own ideas. Even the buildings built by Muslim rulers, the Taj Mahal and Red Fort being the most notable examples, are being used by the Government of India for their own programmes. Earlier, Ashoka “The Great” first killed more than one lakh people, then converted to Buddhism and converted all Hindu temples to Buddhist places of worship. Later, when Hinduism rose again, the many Buddhists had to migrate and their places of worship were converted into Hindu temples.

A special case is that of mosques like Gyanwyapi Mosque and Mathura Eidgah which are claimed to have been built after the demolition of temples on the orders of Mughal emperors and there are no Muslim localities nearby. But what needs to be given a thought is that if a single mosque was built in a city in such a way, though such a claim needs to be proven to be true, while hundreds of other temples remained as before, there might have been some special reason. These places might have been the ones used by new Muslims and they might have appealed to the rulers to help them. The fact that in today’s Varanasi and Mathura, the ratio of Hindu and Muslim places of worship in relation to their respective percentage in populations is slightly in favour of Hindus, supports this. With close to 3,000 temples and shrines dotting the city’s landscape, Varanasi is often referred to as the City of Temples. In fact, each lane of this ancient city houses one or more temples. In contrast, there are only 415 mosques. As per the official census 2011 and population data 2022 of Varanasi district, Hindus constitute 84.52% of Varanasi population while Muslims form only 14.88% of the total population. In Mathura, the difference is huge. Islam is the second most popular religion in the city of Mathura with approximately 17.22 % following it. But while mosques are only a few, the existence of more than 5,000 temples dedicated solely to Lord Krishna ensures that millions of devotees visit these on pilgrimages every year.

The description of Ram in Valmiki Ramayan and Abraham in the Bible is almost the same. It appears that Aryans who migrated to India from Central Asia produced and Indianised a version of Abraham. This is noteworthy that while hardly any big community in India traces their origin to Lav and Kush, the majority of the Middle East including Israel and Arabs trace their roots to the two sons of Abraham. It is ironic that while Abraham is known in Biblical and Islamic literature as a big symbol of monotheism who openly campaigned against idol worship, in India his own idols are being worshipped.

As I have always maintained, religion is a binding, not a disintegrating force. The condition is that religious morality rather than religious identity should be the driving vehicle. It is the religious identity that combines with economic and political fundamentalism to engender communalism. Religious morality breeds tolerance, love, and brotherhood; communalism breeds hatred, disunity, and destruction. Religion brings peace; communalism brings chaos. Religious people embrace everyone irrespective of their faith; communal people distance others. I believe that sooner than later, RSS and other organizations will realize the importance of the unity of Hindus and Muslims not only in maintaining peace in India but also in advancing the cause of mortality at the individual, family, and social levels.

We can only hope that sanity will soon return and India’s democratic and secular values will again start reigning supreme.