Realities of Rural Life – How Do the Rural Indians Live? 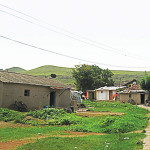 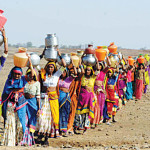 India lives in its villages. This oft-repeated maxim explains much of socio-economic realities of India. But how do the people in Indian villages live? Although the share of urban population in India went up from 27.80% in 2011 to 31.10% in 2011, India still remains overwhelmingly rural. Here are some facts:

Income Level
How prosperous, connected and accessible is Rural India. The data released from the Socio Economic and Caste Census (SECC) on the standard of living of rural households in India provides some insights into the state of rural people. The data from the 2011 Census was released by the Union finance Minister Shri Arun Jaitley in July 2015. The data provides the variables across the social spectrum too.

(Source: We have mainly depended upon Census 2011 statistics released in July 2015 for compiling this script. However, those that mention NSSO survey in bracket have been obtained from National Sample Survey Organisation survey conducted in 4,475 villages and 3,522 urban blocks spread across all over the country in July-December 2012)