Islamic Voice 0 December, 2012 12:00 am
Jamia Promotes Sports for Junior Students
District Development and Diversity Index Released
Why are Muslims left out from the Cultural Mapping of India? 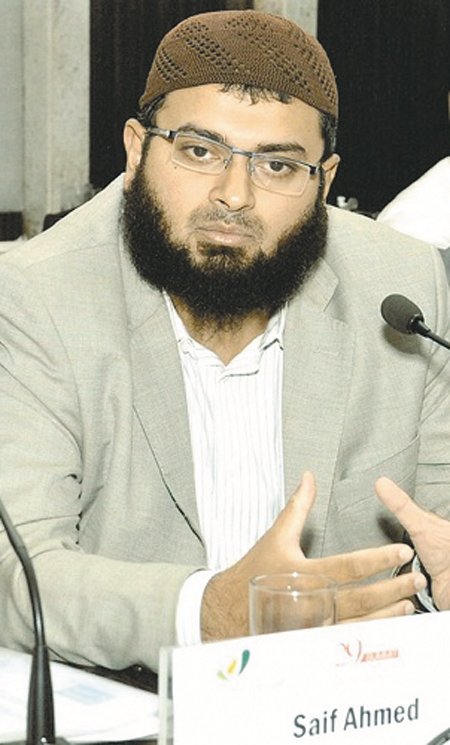 A father and son due have ventured into Islamic finance by launching Zayd Chit Funds Pvt. Ltd which is also authorized by the Registrar of Chit Funds, Karnataka, to conduct chit fund schemes in the state. Perhaps this venture could offer a different and unique model of halal and Shari’a compliant finance products for the community. Saif Ahmed wanted to venture in the field of Islamic finance ever since he came back to India, after being a banker in Kuwait for several years and prior to that, an investment banker on Wall Street in New York. His vision took shape when he met Mufti Abdullah Sadiq Khan of Neelsandra, who encouraged him to develop a registered model of halal chit funds, free from interest and other non-Shari’a compliant aspects. Saif researched on the existing chit funds schemes and evolved a halal methodology and got his venture certified by the major seminaries in India like the Darul-Uloom Deoband and the Madrasa-e-Mazahirul Uloom of Saharanpur, along with prominent ulema of Bangalore like Mufti Shoaibullah, rector of Masihul Uloom. The company and the schemes were formally launched in Bangalore on 18th November. The office of Zayd Chit Funds Pvt. Ltd is located near Eidgah Bilal on Bannergatta Road. Ph: 080-6570-6768, 86940-10200. Website: www.zaydcf.in