Setting aside their differences, Shia and Sunni Muslims in Delhi offered Eid ul-Fitrnamaz together at the Shia mosque in OkhlaVihar, Jamia Nagar, New Delhi recently. The joint namaz was organised in an effort to bridge the gap within the Muslim community. A tradition, that started almost five years ago in the Okhla area of the national capital, has now spread to other cities across the country. A similar initiative was taken in Lucknow last year during Bakrid. The main agenda of the tradition is to bring together the Shia and Sunni factions that have been in an ideological conflict with each other since ages. The initiative to hold joint Shia-Sunni namaz was taken under the Shoulder to Shoulder movement started by Delhi residents Syed AsadHaider Zaidi and Mazin Khan. The movement aims to bridge the gap within Muslim community. Zafar Abbas, a journalist who was a part of this congregation, says, “We don’t say we are going to make a substantial change overnight, it might take some time, but we do wish the coming generations are not prejudiced against each other. The barriers need to be broken. The message of brotherhood needs to be spread. In fact, every religion should initiate moves like these to spread brotherhood.”
(Extracted from indiatoday.in) 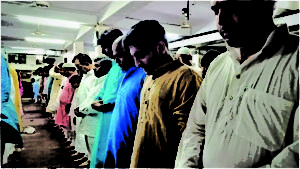