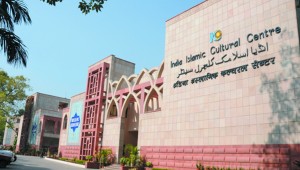 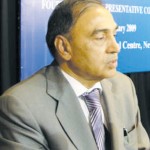 New Delhi: Sirajuddin Qureshi has been elected the President of the India Islamic Cultural Centre for a third term. He defeated Shakeel-uz Zaman Ansari by a margin of 783 votes. Current Vice President, Safdar H. Khan also retained his position with 705-margin win over Dr. Mohammad Fakhruddin of Hyderabad.
Qureshi who had a 10-year grip on the Centre and defeated External Affairs Minister Salman Khurshid previously, also saw 9 out of 11 of his panel members winning the elections.
The election was held on January 11 and 12 for the post of President, Vice President, seven posts for Board of Trustees and four seats of Executive Committee.
Advocate H. R. Khan Suhel and Qamar Ahmad, Retd IPS officers are the only non-Qureshi panel candidates to win in this election.