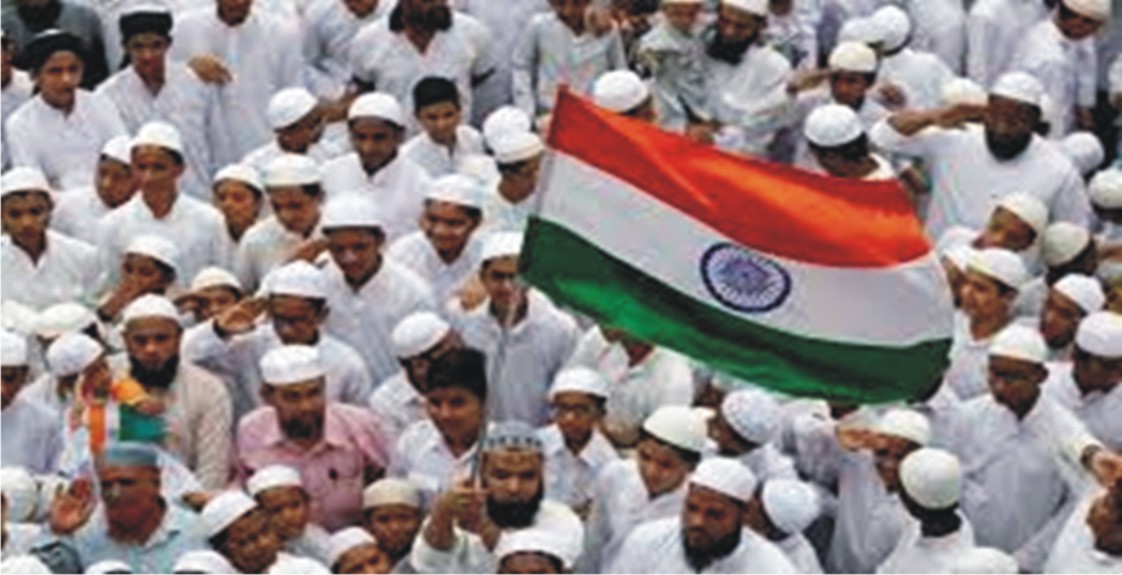 The BJP has Shrunk the Space for Muslims in India

Syed Ali Mujtaba 0 June, 2022 2:00 pm
A New Documentary Captures Life and Legacy of the King
Orlem Church Reaches out to Muslim Neighbours
Board to approach Supreme Court on the Hijab issue; Appeals to Muslims to stay calm and peaceful

The BJP’s rule since 2014 has shrunk the space for Muslims in India. In seven years, the party in power has changed the social architecture envisaged by Ambedkar’s constitution. It has robbed away the constitutional space granted to the Muslims as equal citizens of this country.

The recent attacks on the Muslims in different parts of the country indicate that the Hindutva elements have got the license to target the Muslims, even if that means trampling the country’s constitutional provisions. Someone has commented that the BJP government has outsourced law and order to Hindutva lumpen elements.

Realistically speaking, a pithy situation is developing in India, where an 80-20 model of social system is being developed by the ruling BJP. In this new Varna hierarchy, 20 percent of Muslims are being pushed to ‘Sudras’ status. The message from the Hindutva brigade is Muslims have to live at the whim and fancies of the Hindu caste groups. In the new social paradigm, 80 percent of Hindus will lord over the 20 percent of Muslims in India. Muslims will no longer have equal status but a subservient status to the Hindus.

It is clear that Hindu- Muslim engagement in India is no more happening as equal members of this country under the BJP rule. What is clearly visible is that the socio-political, cultural, and economic space for Muslims is shrinking in India. The BJP government is making all possible efforts to reduce the space of the Muslims granted by the constitution framed by B.R Ambedkar.

The foremost thing that is noticed is that the BJP government is trying to shrink the political space of Muslims. In the 2019 Lok Sabha elections, the BJP emerged as the single largest party without a single Muslim MP. Similarly, in the 2022 UP Assembly elections, a lone Muslim MLA was elected from the BJP ticket. This indicates that a deliberate attempt is made to reduce the political space of the Muslims in India.

The Citizenship Amendment Act (CAA) is an example of excluding Muslims from neighbouring countries from getting Indian citizenship. This is a signal from the BJP government that in the National Record of Citizens that’s being prepared, Indian Muslims will have to prove their identity even if they are natural citizens of this country. The fear is the National Record of Citizens may declare Muslims as lesser citizens, a practice in the colonial era that de-notified some Hindu castes and tribes as lesser citizens.

It is apparent from the way the BJP government is treating the Muslims of India that it is on the path of scripting a new constitution for the country that would declare India a ‘Hindu-Rashtra.’ The new constitution may declare Muslims as second-class citizens. The BJP government will put its seal of approval by passing such a bill in the Parliament by majority votes.

The BJP government is also plotting to reduce the economic space for Muslims. Recently media reported that Karnataka banned Muslim traders from having shops near temples or during temple festivals. The saffron outfits demanded that there should be a ban on Muslim vendors opening shops near temples.

Such a plan was peddled from the BJP camp to boycott Muslims’ economic activities in the country. This plan is being implemented in the BJP ruled state, but the fear is it may be replicated in other parts of the country as well. The motive is clear that the BJP government is attempting to reduce the economic space of Indian Muslims.

The BJP government is also attempting to shrink the religious space of Muslims. The ban on the usage of loudspeakers during Azan in Uttar Pradesh is an attempt in this direction. The issue could have been resolved through consultations between communities, but the religious angle is more evident in the ban. The government has given to the demand of the Hindutva elements that have threatened to recite ‘Hanuman Chalisa’ when Azaan is called from the mosques.

In the chain of events, a ban on the use of the Hijab by Muslim girls in Karnataka is seen as an attempt to reduce Muslim’s space for religious freedom.

The BJP government is now attempting to restrict the food habits of Muslims. First, there was a ban on beef-eating controlled by cow vigilantes that did mob lynching the Muslims.

The BJP is also attempting to shrink the linguistic space for Muslims in India. This can be seen in how the treatment is meted out to the Urdu language in the places where it’s spoken in the country. Urdu is an Indian language that has evolved in this subcontinent but now has become a sore point of some Hindus who view it as a language of the Muslims.

A deliberate attempt is made to restrict the usage of Urdu as a lingua franca in many north Indian states. The pressure on Muslims is so much to detest speaking Urdu that they have stopped studying the Urdu language and adopted Hindi as their mother tongue to assimilate into the Hindu linguistic way of speech.

These are a few points visible under the BJP rule to assert that the current political dispensation is attempting to shrink Muslims’ socio-political and cultural space in India. The BJP government’s sole mission is to deny Muslims of India the right to have a dignified life in their own motherland.

The author is a journalist based in Chennai