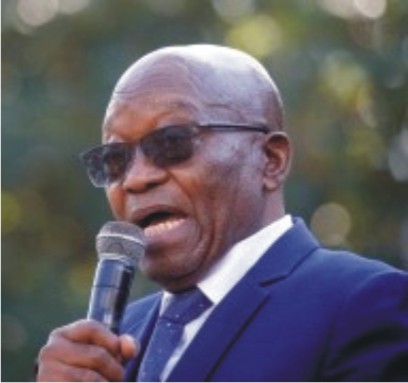 Violence and looting Escalate in South Africa as Zuma Jailed

• More than 200 Malls have been targeted in South Africa.
• 800 Stores have been looted.
• 600 Stores have been damaged, and 100 have been completely burnt.
• The retail industry alone has suffered R 5 Billion in damage.
• Violence has cost the freight Industry R 300 million, with 35 trucks destroyed.
• Over 200,000 people have been affected by the suspension of social grants from SASSA.
• More than 90 Pharmacies have been looted and destroyed beyond revival.
• Half of KZN patients have no chronic medication.
• 45,000 Businesses in Durban are out of commission.
• R16 Billion has been lost to stolen stock and damage to equipment and infrastructures.
• 353,000 Tons of sugar equivalent to R211 Million of revenue has been destroyed.
• 109 MR PRICE stores were looted, and 539 MR PRICE stores have been closed.
• 99 Famous brand stores have been damaged and are non-operational.
• 36 Cash Build stores have been looted and damaged and are unable to trade.
• 40,000 Small businesses may never recover.
• A staggering 150,000 jobs are at risk.
• As many as 1.5 million homes are without income
• Only twelve individuals have been identified as instigators
(Courtesy Cii-RADIO)