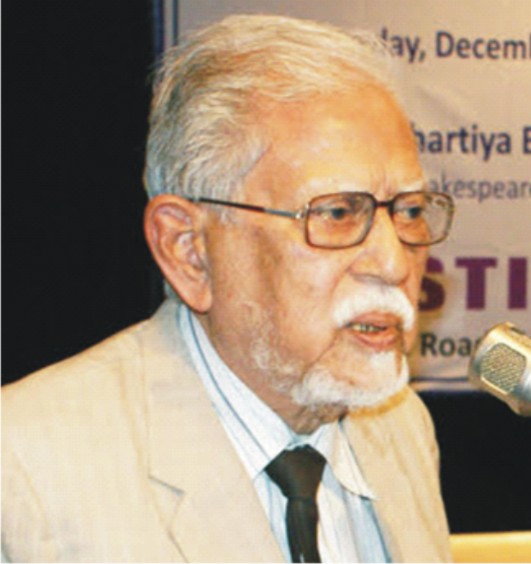 Prof. (Dr.) M.K.A. Siddiqui passed away at his residence in Kolkata, after a prolonged illness last month. Born on January 20, 1929, Prof. Sidddiqui had a Master’s Degree in Sociology and a Ph.D. in Anthropology. He had earlier graduated with Honours in Persian and had obtained a Master’s Degree in Urdu from Calcutta University, securing first class first in both the examinations. Dr. Siddiqui was associated with the Anthropological Survey of India since 1953 and held the post of Ex-Superintending Anthropologist. He was awarded the Senior Fellowship of the ICSSR in 1988. He later joined the Asiatic Society as Research Professor in 1994. Prof. Siddiqui devoted a major part of his career in Anthropological research, carrying out field investigations among the tribal communities and folk and urban societies. Among the books he has published include: ‘Muslims of Calcutta: A Study in Aspects of their Social Organization’, ‘Hindustan ke Adivasi’ and ‘The Didayi: A Forgotten Tribe of Orissa’, ‘Inter-caste and inter-community relationship: Developing patterns’ etc.

Prof. Siddiqui was deeply associated with the Institute of Objective Studies since its inception and has been a member of its governing council, and Coordinator of the IOS Kolkata Chapter for a long period.

He produced a series on “An Encyclopedic Compendium of Muslim Communities in the World” (in 5 Volumes) for the IOS, besides some important books such as “Institutions & Associations of the Muslims in Calcutta, “Muslims in Free India: Their Social Profile and Problems”, “Life in the Slums of Calcutta”, “Voluntary Associations of the Muslims in Calcutta”, “Marginal Muslim Communities in India”, “Hindu-Muslim Understanding” and “Social & Cultural Empowerment of Muslims in India” etc.

He was the recipient of the 9th IOS Shah Waliullah Award for his contributions in Sociology and Social Anthropology in Islamic Perspective conferred on him on December 22, 2012, at Kolkata.