Islamic Voice 0 October, 2019 12:00 am
Kindness – The Way to Harmony
Higher Education…….. at Whose Cost?
Apartheid in Vadodara

On First UN Day for Victims of Religiously-Motivated Violence

To mark the first International Day Commemorating the Victims of Acts of Violence Based on Religion or Belief, established by a United Nations resolution earlier this year, the multi-religious Board of Vienna-based King Abdullah bin Abdul Aziz International Centre for Interreligious and Intercultural Dialogue (KAICIID), recently issued the following statement:
“The Board of KAICIID extends its heartfelt sympathy and prayers to all those who have suffered death, injury and bereavement on the basis of their religion. We condemn in the strongest terms those who identify their victims based on their faith, or who seek to distort and misrepresent religion to justify violence.
We reiterate, on the first UN-sponsored commemoration of the sacrifice of such victims, that no justification can be found in any belief system for the harming of innocents. Those gathering for collective worship have a particular right to security and freedom of expression.
All faiths are grounded in the fundamental dignity of the person, centred on the values of peace and tolerance.
We note with increasing alarm the escalation of attacks on religious communities, from the recent attacks on churches in Sri Lanka, to the targeting of mosques in New Zealand and synagogues in the United States. We call upon local authorities and the international community to do more to protect those engaged in worship or otherwise wishing to express their beliefs without fear.
We call also for more to be done to protect and nurture the religious identities of all believers, to counter trends such as hate speech and to provide space for religious minorities who routinely face threats of violence, social exclusion or discrimination.” 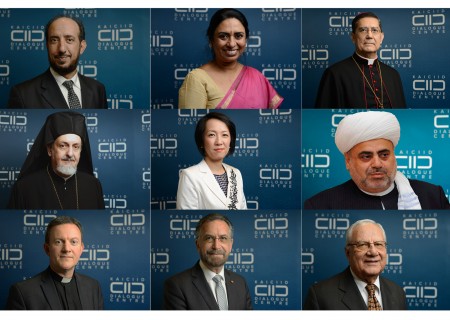