Though the pilgrimage is performed only during 5-6 designated days, the operations are large enough to demand the managerial exercise to span over the whole year. 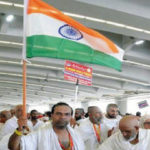 The Haj pilgrimage is the most complex organizational task undertaken by the Government of India beyond its borders. A little over 170,000 persons from India join the moving congregation around the holy sites in the Kingdom of Saudi Arabia every year. This is the third largest contingent of persons after Indonesia and Pakistan. This entails the Government of India to work out the operations in detail. Though the pilgrimage is performed only during 5-6 designated days, the operations are large enough to demand the managerial exercise to span over the whole year.
The Ministry of Minority Affairs has placed the draft of the New Haj Policy in public domain for discussion. Ever since the sea voyages were replaced by chartered flights to carry the pilgrims, the Government of India has been subsidizing the airfare. Under a Supreme Court ruling, the subsidy is being gradually phased out. The new policy rightly highlights the need to do away with it totally. It is perhaps towards this objective that the embarkation points for pilgrims have been recommended to be brought down from current 21 cities to nine, namely Delhi, Mumbai, Kolkata, Hyderabad, Bengaluru, Lucknow, Kochi, Chennai, and Ahmedabad. If indeed these nine cities were to be the only embarkation points, the pilgrims from North Eastern state and Srinagar will have to take additional flights to reach Kolkata and Delhi respectively, to board the flights to Jeddah. It would be rather cumbersome for the pilgrims from these far flung regions. The Haj Committee may include these regional destinations and make pro-rata increase in the airfare based on the added mileage. In fact, it should opt for differential airfare from all destinations based on the actual mileage travelled.

Keep Off Sea Voyages
The policy hints at possible reintroduction of sea voyages and calls for inviting Expression of Interest (EoI) from international bidders. The objective to make the pilgrimage for the average Indian by bringing down the cost of journey is indeed noble. Barring luxury liners where tariffs are astronomical and purpose recreational, days of passenger sea voyages are passÃ©. It will be also erroneous to expect that sea voyages between Mumbai and Jeddah (distance 2,515 nautical miles or 4,527 kms) could be covered in three days. Generally, very sturdy ships can cruise at a speed of 15 nautical miles an hour. Modern technology has not been able to enhance the speed of the sea vessels in any appreciable measure. Given this speed, no ship can traverse the distance in less than seven days. Add to this the hassle of taking a train journey to Mumbai, finding accommodation in the city for say a couple of days prior to departure etc. The idea can best be given up. Moreover, Saudi authorities are less likely to entertain ships any more.

Vulnerable to Misuse
It is useful to remember that ships were cancelled because they had become a source of corrupt practices. Sea voyages being cheap, organized gangs had begun human trafficking by taking poor people from West Bengal to the holy sites for begging during the pilgrimage. A former Chairman (1987 “ 1994) of the Haj Committee of India, Mr. Ameen Khandwani is on record questioning: How come people who do not afford airfare, use sea voyages and bring fourfold more luggage while returning from the pilgrimage?

Gender Parity
The proposal to allow women above 45 to travel in a group of four without a Mehram is a step forward towards gender parity. (The term ‘mehram’ is used for the male whom a female cannot marry such as father, son or brother). This would allow aged spinsters, widows and those whose husbands have already been to Hajj, to fulfill their lifelong desire to perform the Hajj. Whether or not its sharia-compliance, the private tour operators do take such women on pilgrimage in larger groups. The Saudi authorities have maintained an attitude of benign ignorance on the issue.
The draft calls for abolition of the special quota for applicants who have crossed the age of 70 and whose applications for Hajj could not find a chance through drawing of the lots four times. Going by the average life expectancy and health condition of an Indian, it will be advisable to retain this special quota in order to fulfill their lifetime ambition.

One Category
It is quite in order that the policy calls for creation of just one category of accommodation during the 40-day stay in the holy cities. So far there were three categories with differential tariffs, depending upon the distance from the Harem Mosques and the level of comfort. Since 30% quota for the pilgrims is being reserved for registered private tour operators, those looking for ease and comfort could always opt for them.

Sacrifice Coupons
The policy makes it mandatory for all pilgrims to buy the coupons for sacrifice of animals from the Haj Committee of India. (The sacrifice is organized by the Islamic Development Bank against prepaid coupons which the committee proposes to buy and pass on to the pilgrims.) Such a provision may not be acceptable to all. Certain categories of Hajis would like to forgo the sacrifice (Qurbani) and instead fast for seven days as provided under the provisions of the Sharia.). Why make the buying of coupons (which on an average costs Rs. 7,000 and above) compulsory for all pilgrims?
Overall the policy is in line with the changes that have occurred in recent times. It, inter alia, urges the Government of India to assign the Consul General’s position in Jeddah Consulate to the Ministry of Minority Affairs. It very rightly focuses on better training and selection of more able-bodied volunteers for Khadimul Hujjaj.