Islamic Voice 0 October, 2019 12:00 am
Misreading of a Sensible Judgment
When I Was Like a Body Without Soul
Motives Underlying Gaza Massacre 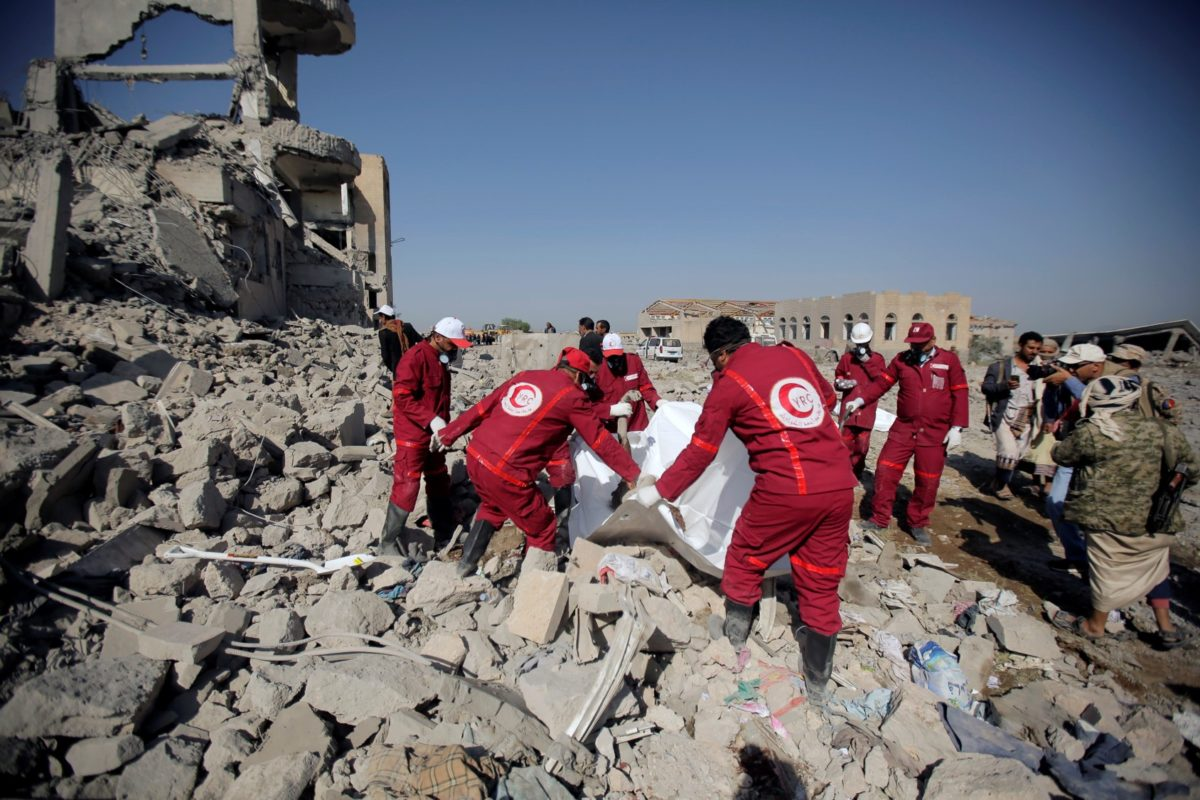 Many university students in Yemen have psychosocial trauma from witnessing the airstrikes and other effects of war. Here, rescue workers pull a body out of rubble in September, 2019

The humanitarian crisis in Yemen is the largest in the world, according to the International Committee of the Red Cross, and the crisis is growing. Around 24 million people are in need of humanitarian aid.
Yemeni youth are possibly the most affected by the ongoing war, especially in light of its direct impact on their educational, academic and vocational futures. Their psychological and mental status is suffering as a result of personal and food insecurity.
For example, students are facing increasing problems at Sa’dah Public University, in the far north of Yemen on the border with Saudi Arabia and in one of the most war-affected Yemeni provinces. This is where I teach. Founded in 2010 and now home to some 11,000 students, the university has been heavily damaged. Most buildings have been leveled to the ground, including student accommodations, the central library, lecture halls and laboratories. Equipment, tools and demonstration facilities have also been destroyed.
Even with the university in this condition, it is still open and trying to accomplish its mission, even if irregularly. The university has had to decrease the number of lectures and shrink the curricula because of the lack of usable classrooms, the dwindling operational budget and the lack of electricity, internet and other communications.
Of course, the overall security situation and that of the university in particular is causing significant changes in student behavior. Professors notice a reluctance to attend lectures and a high dropout rate among students due to their parents’ difficult living conditions and inability to help them financially.
Many families were forced to move to other areas far from the university, which made it difficult for their sons and daughters to reach the university, due to the lack of transportation and fuel. Many students were also injured due to shelling and left with physical disabilities that prevent them from continuing their studies at a university with buildings that cannot accommodate the disabled.
The students who are still attending university have lost much of their enthusiasm to study seriously because they have lost hope for a better future. Instead, they monitor the fighting.
“I have witnessed times when all the students will run out of classrooms when they hear the roar of airplanes for fear they will be bombed.”
Mansour Jubara A professor at Sa’dah University in northern Yemen
All of these conditions contribute significantly to the increasing psychological pressure on students, and they feel fear and sadness about what seems like an endless war. I have witnessed times when all the students will run out of classrooms when they hear the roar of airplanes for fear they will be bombed. Not surprisingly, most students are unable to concentrate and appear distracted in classrooms.
Yemeni university students need psychological care and support to mitigate the effects of the war on their lives. The fact that this condition remains untreated now will seriously affect their future and the generations that will follow them.
Of course, universities could play a key role in helping students and psychologically supporting them. Our university today unfortunately lacks this. Therefore, I call on those in charge of Yemeni private and public universities to work together on several points. They should:
“¢ Eventually establish comprehensive counseling and psychological support centers that could provide rehabilitation, training and related activities for students.
“¢ Immediately set up emergency centers to give urgent mental health care to students so they can continue their education.
“¢ Develop large-scale mental-health awareness programs.
“¢ Organize workshops and courses to explain the psychological effects of war.
The issue of students’ mental health in Yemen is deeply neglected by the local authorities and the international community. But it needs considerable attention today to save the youth, who are the country’s real wealth, from loss since they are the basis of any reconstruction project in the future. This cannot wait until tomorrow.
(Mansour Nasser Saleh Jubara is an assistant professor of psychology and head of the department of educational and psychological sciences in the College of Education at Sa’dah University).