Extremism is a Perversion, And Islam Has No Place for It

If at all extremism is to be defeated, Muslims must work sincerely by placing Islam at the centre of their arguments 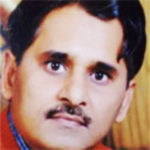 On the auspicious occasion of Eid-ul-Azha, I updated my Facebook status. Here is a snippet from my post:
“God has ordained kindness (and excellence) in everything. If the killing (of animals) is to be done, do it in the best manner, and when you slaughter, do it in the best manner by first sharpening the knife, and putting the animal at ease” (Saheeh Muslim). Unfortunately, while walking through the streets of different world cities I’ve seen countless sheep/animals in the back of transportation trucks overloaded and sometimes beaten harshly for no reason, as well as animals standing outside in 100 degree weather without any shade or a drop of water to drink.”
A ‘Facebook friend’ took issue with my post, specifically the sentence about animals standing outside without any shade or water. In response, he quoted verses of the Quran, which in my opinion were used out of context. For instance, he commented:
“Surely Allah does not guide him aright who is a liar, ungrateful. Surah Al-Zumur 39:3. Many verses like these 24:7 and 29:2-3 etc”¦”
The comments soon turned personal, with him labelling me a ‘sycophant’, ‘slanderer’ and ‘backbiter’, and calling me ‘ungrateful’, ‘irrational’, ‘valueless’ and finally a ‘non-Muslim’ because I said ‘goodbye’ instead of ‘Assalam-O-Alaikum’.
He wrote, “But as a Muslim I will say to you ‘Assalam o Alaykum’ not ‘good bye’ like a non Muslim because your thought is not Islamic PURELY.”

Anatomy of An Extremist
It was my first encounter with hardcore extremists, and this motivated me to look at what goes into the making of such persons. An extremist is a person who possesses features very akin to a mental disorder. This is how the mindset of an extremist unfolds:
He distorts and misinterprets religious (Quranic) texts to suit his arguments without context.
He considers himself as the only truthful (Islamic) person on Earth, thus [thinks that] everyone else is wrong.
He is low in tolerance and easily brands those who disagree with him as non-Muslim.
He finds faults even in jokes, and disapproves of lighter moments.
He is hypocritical to the core, calling whatever is from the West ‘unholy’ while enjoying the technological blessings of the West in private.
He may also carry an overwhelming desire of ‘revenge’ and a complete unwillingness to compromise with all those who don’t share the same views.

The Struggle Against Extremism
To many, Islam is synonymous with extremism. However, what those people don’t know is that Islam is also averse to extremism. The Quran negates extremism in the strongest of words in several quotes.
“Oh People of the Book, don’t go extreme in your religion”¦” [Surah An-Nisa’: 171] It further warns that, “There is no compulsion in religion.” [Al-Baqarah: 256] The Quran advises exercising tolerance and broad-mindedness while dealing with people who disagree with you. According to it, God says, “And say, ‘The truth is from your Lord, so whosoever wants let him believe and whosoever wants let him deny.” [An-Nahl: 29] Extremists often misuse religion to justify their ideological violence, and in their anger, they often violate the Quran’s message, and act contrary to Prophet Muhammad’s (pbuh) message. For instance, one of his sayings goes, “Beware of extremism in religion, for it destroyed those before you.”

Diversity Among People
The Quran acknowledges diversity among people and sets the tone for social tolerance: “O humankind! We created you from a male and a female, and made you into nations and tribes, that you may know each other.” [Al-Hujraat: 13] The sacred texts of Islam and sayings of the Prophet are replete with such examples, containing messages that emphasise respect for the different ways in which people choose to express their faith.
Sadly, much of the Muslim world has lost sight of Islam’s true and essential teachings when it comes to religious freedom and tolerance. The Prophet’s repeated warnings against the dangers of extremism go unheeded. The Quran says: “And do not abuse those whom they call upon besides Allah, lest exceeding the limits they should abuse Allah out of ignorance.” [Al-Anaam:108] To deal with the growing menace of extremism, governments and civil society groups within Muslim communities must draw on diverse Islamic resources. Chapter 109 of the Quran is of particular importance here:
“Say you, O disbelievers! I worship not that you worship. And nor you worship what I worship. And I shall not worship what you worshiped. And nor you shall worship what I worship. For you, your religion and for me my religion.”
What It Will Take To Win
Despite the clarity of the Quran on this matter, much of the Muslim world has today lost sight of Islam’s true and essential teachings concerning religious freedom and tolerance. If at all extremism is to be defeated, Muslims must work sincerely by placing Islam in the centre of their arguments “ just as extremists use ‘religion’ with impunity to meet their own narrow agenda.
The problem does not lie in religious doctrine, but rather in the thought that itself has become sanctified in place of a renewal of religious discourse. It is not Islam but a particular mode of thinking that is the problem. Muslims must pause and ponder over the direction the community is drifting towards.
(Mohammad Azeemullah is a lecturer at the Islamic University of Al-Asmariya in Zliten, Libya. This is an extract from his article, the full version of which is available on thewire.in/67574/prophet-muhammads-struggle-against-extremism/)