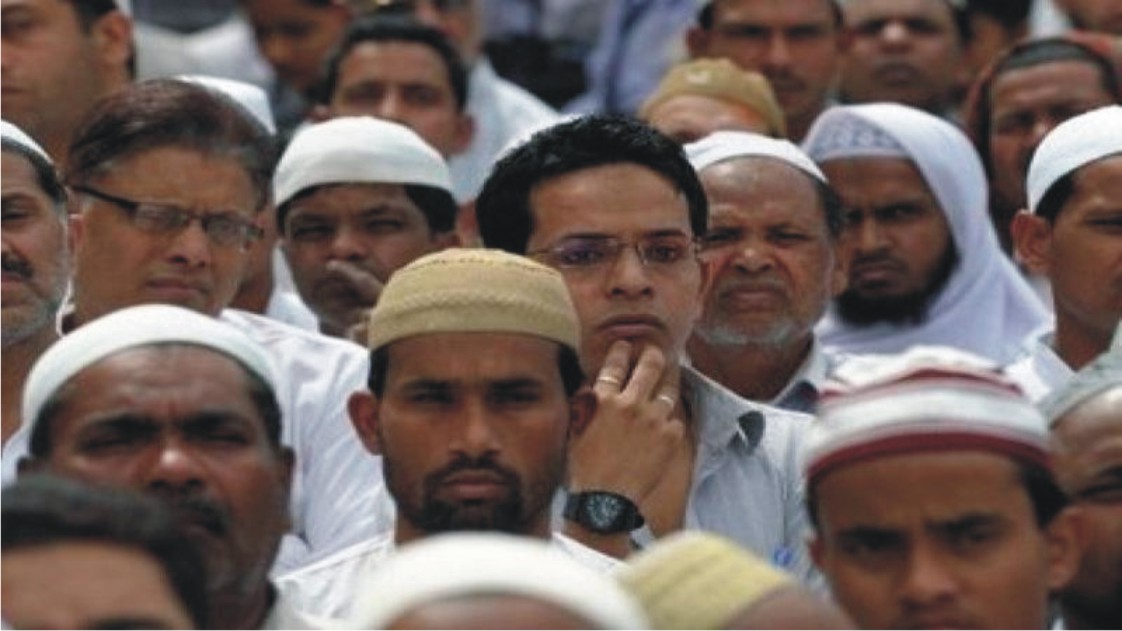 Significance of Middle Class: Indian Muslims should widen their Presence or Peril

The middle class of any society is considered as the lifeline of countries prosperity, society’s civility, driver of the country’s economy, a platform for synergies between demographically diverse people, harmony in diversity, and most of all; it holds a stake in the public policies of the government and the color of the Polity. Heterogeneity in the middle class allows diverse sections of society to bridge the gaps, minimize social discrimination, and enhance mutual trust. The middle class promotes disruptive ideas, innovations, and collaborations between diverse sections in business and joint ventures. I am not advocating that the middle class is pure, generous and offers protection to minorities, and cares for them. Not at all! Survival is indeed competitive. But, I am trying to drive home the point that not being a part of the middle class is a recipe for disaster, particularly the minorities who would lose all opportunities to benefit from their share of the nation’s gain and compete with the majority shoulder with dignity.

The majority of poverty-stricken Muslims are isolated from the minuscule, thin layer of rich and elite Muslims who make their own tribe of sort disconnected from the masses and remain entirely isolated from the majority community of the country. They have little participation and interest in all that the middle-class contributes to the country and reap the benefits. Therefore, being a part of the middle class becomes essential for any community to build bridges, participate in nation-building, voice their concerns, and reap the benefits with equal rights, not as gratis. Defining the middle class is complex. Monetarily, it is based on income. An income of less than RS150 a day puts one in BPL. An average middle-class person gets Rs750 to 3500 a day. The middle class consists of a wide range of jobs, from teachers to small and medium, people in business, small manufacturers, artisans, doctors, engineers, lawyers, managers, accountants, executives, government servants, and a few others. The gross annual income of the Indian middle class may range between Rs 6 lakhs to 15 lakhs approximately. Indian middle class was about 28% of the pre-population pandemics and is now thought to have shrunk substantially post-pandemic. But this number is likely to bounce back and reach 50% in 2025 and almost 80% in 2035- to 2050. Presently, 10% of the population holds 77% of the wealth in India, and the top 1% owns 73% of it. It is estimated that 2/3 of India’s population (68%) lives with less than Rs 150 a day. If the above projections of growth in the coming decades are believed, then a massive population will be pushed into the middle class through economic growth driven entirely by education.

Therefore, the coming ten to twenty years are highly crucial for the 200 million Indian Muslims. Who has all through suffered the appeasement politics, the crocodile tears of the so-called secular parties who only kept them backward, and the immoderate and regressive mindset of some people curbing women’s education? The fruitless distractions like the fight for Babri Masjid only helped the divisive forces to gain political power. The intense Maslak divide in the community has hindered any constructive unanimity. The fresh, recent embarrassment to the entire community is the senseless hailing of the oppressive Taliban by an AIMPLB member and the Muslim MP from UP. The actions of the Taliban are squarely unIslamic, condemnable, and against the freedom that Islam has given to women.

Though there is no data on the size of the middle-class, upper class, or the more poor type of Muslims, I guess that the wealthy upper class of zamindars after the partition has continued to be growing thinner. At the same time, the new upper-middle-class of business community has emerged marginally. The Muslim middle class, which was extremely thin until the liberalization of the economy in 1990, gradually started to gain visibility. This was due to opening private and international investments that employed people and promoted them based on merit and performance.

Under Mandal commission implementation and OBC reservations, educational institutions opened more opportunities to Muslim youth in professional programs. An inevitable awakening prompted the establishment of Muslim-managed colleges. Eight medical colleges and fifteen engineering colleges, and about five private universities came up in the country. Though recent two to three decades showed promise of the growth of the Muslim middle class,it needs to attain the critical mass to impact its presence significantly. It is time that the entire community wakes up with one single agenda of widening their share in the middle class.

The most worrying concern is that neither the thin, wealthy class nor the emerging middle class has recognized the challenge before the future generation of Muslims in India. It will be a society where the highly educated and professionally qualified will be the most influential ruling class taking away all jobs in the market. The thick 60-80% of the middle class will rule the country and reap every benefit.

How do Muslims prepare for this challenge and expand their presence in the ruling middle class? That is the question that should be considered in the minds of every well-meaning well-to-do Muslim, whether it be business class or working class, the political class, or the religious leaders. The time has come to put up a united front to support the education of Muslim youth in every possible way. The Ulema should Shun the Maslak divisions and collectively strategize uplifting the community on a war footing, both educationally and economically. One needs to take a lesson from the other minor communities like Marwari’s, Jains, Christians and Sikhs, the Bohra Muslims, and even the Jews in the international arena. Every person from the middle class and elite strata should recognize that it has a religious duty to educate the children of the poor in the community. Suppose every family resolves to support the children’s education of their maidservants at home or a poor girl or boy from the neighborhood. In that case, millions of them can be educated. Suppose only every masjid committee shuns its petty politics and starts diverting all energies and resources to identify students discontinuing education for financial reasons in the Mohalla. Every Imam starts giving khutbah on education and women’s education. In that case, a rapid change will be visibly seen. If only the rich cut down on wasteful expenditure, a show of wealth on every occasion, and resolve to spend a fraction on educating and uplifting the community, the change will be inevitable. Last but not least, the Muslim wakeboard sitting on a wealth of assets has done little to educationally inspiring the community. It is time that the community as a whole wakes up from this slumber to drive a change that will shape a dignified future for the coming generation equipped with the wealth of education.