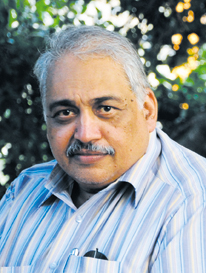 With a Union Minister announcing that the centre would start a separate university for the minorities at Tipu Sultan’s capital, Srirangapatna and name it after him, a controversy seems to be gaining momentum with new entrants passing comments each day. Whether this university sees the light of the day or not is still uncertain but since elections are just around the corner, it is possible that crafty netas are hoping that just the announcement of its creation will please the Muslims of the state and tilt the electoral balance in their favour. Their not-so-holy hopes may not be entirely misplaced too considering the fact that they are playing to a gallery of a confused and expectant people who have been groping in the dark for decades to find a leader at the national level who can show them the light of the day. The sad thing about this dirty game is that successive generations of politicians have been able to get away with this trick of luring successive generations of a sizable Muslim vote bank just by showing them a cardboard cutout of the proverbial carrot, let alone a real one. But an announcement like this is naturally bound to raise the hackles of all those who think that the minorities are already a very pampered lot and Tipu their legendary hero, whom they see only as an intolerant and cruel despot, is being needlessly glorified. That is why we have been seeing a spate of statements in the media by people who support the move and those who are opposed to it. However, this is not the time for us to polarize ourselves into two warring groups and draw our battle lines especially over the question whether Tipu was a good or a bad man. It serves no purpose because in doing so we would only be flogging a dead horse that is not going to take us anywhere. What history says depends on who is saying it and therefore it is bound to always have in addition to its many milder variants, diametrically opposite views too. We have to realise here that in all historical accounts fact and fiction are both very often weaved like warp and weft in equal measure to give the resulting fabric its most fascinating design. While most Muslims will remain steadfast in their view that Tipu was a just and benevolent ruler, several non-Muslims, especially the ones whose ancestors suffered pain or humiliation at his hands will only see him as an intolerant and tyrannical monarch. There is no denying the fact that Tipu was particularly harsh in punishing certain sections of people during his military campaigns. But he did this not because they were followers of a particular religion but because they were staunch supporters of the British to whom he was violently opposed. But what we have been seeing ever since the advent of the internet, which is itself an open battlefield, is an undue magnification of Tipu’s cruelty by his detractors. No amount of debating will be able to alter even an iota of the individual opinions we hold in this matter and it is therefore best to bury this matter here along with our hatchets. Today what we are in need of is a harmonious and forward-looking society that can take the nation to newer heights of progress and prosperity. If the government at the centre is sincere in its intentions of establishing a new university named after Tipu, let it do so. But let it not make it an exclusive domain of just the Muslims or any particular section of people. Let it be established as a centre of learning with its doors open to all those who wish to acquire excellence in disciplines of their choice, unfettered by despicable constraints of caste, creed or class.
(The author is director at the Bibi Ayesha Milli Hospital, Mysore. He can be reached at [email protected])