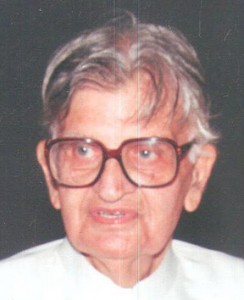 Khursheed Alam Khan, former Karnataka Governor and former Union Minister, died in Delhi on July 20. He was 95. He was ailing for some time. He was father of current external affairs minister Salman Khursheed and son in law of late President of India Dr. Zakir Hussain Khan.
Born in Farrukhabad in Uttar Pradesh, Khursheed Alam Khan represented the old world values and rich traditions of Muslim families of Uttar Pradesh. He was appointed Governor of Goa in 1989 and was later shifted to Karnataka where he had two tenures as Governor of the State. Prior to these, he was a Union Minister and held portfolios of textiles, transport, education etc. He was Chancellor of the Jamia Millia Islamia for several years.