Ayesha Noor, a 21-year-old Karate champion from the slums of Kolkata, will be representing India in an upcoming international sports meet, which is to be held in Thailand. Her story is nothing but inspirational and heartening.
The 21-year-old’s journey witnesses a lot of suffering; Ayesha was afflicted with epileptic seizures from the time of birth. She lost her father in 2010, and her mother Shakila Begum had to make ends meet by sewing clothes from home.
A ray of hope for young Ayesha while she was living in the slums of Beniakupur in Kolkata, coach M. A. Ali saw potential and took her under his wing, grooming her to be a solid contender in Karate.
The young karate champion has won three gold medals for India, making her a fierce force to be reckoned with. Her first win was in 2010, followed by winning gold again in Bangkok in 2013 and 2015. Ayesha Noor was honoured by the United States of America as the ‘Hero of Gender Equality’ in 2017, at a function held at the American Center in New Delhi. She was also awarded the ‘Times Women Heroes Award’ on 7th June, by the Times of India. At such a young age, Ayesha Noor has now become a great influence for many.
A documentary film has also been made which depicts her journey from the slums of Kolkata to winning gold in karate at the international level, despite her health condition and financial struggle. The story of this young karate champ is nothing but inspirational. 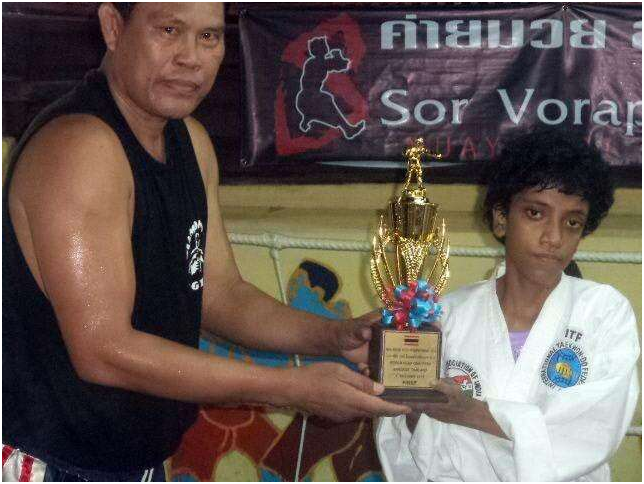 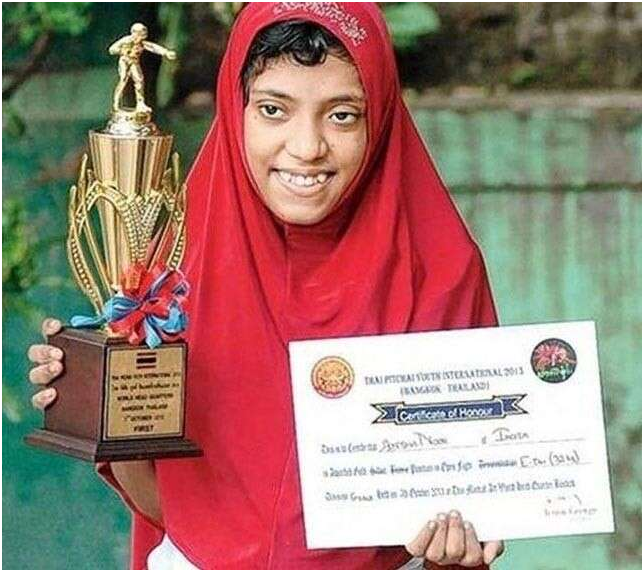