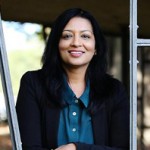 Canberra: Australia will have its first Muslim woman MP, the Greens party in News South Wales (NSW) has stated. Academic Mehreen Faruqi, of Pakistani origin, will replace NSW upper house MP Cate Faehrmann in the new parliament later this year. “As the first Greens MP in NSW from a migrant background, I’m also excited about building stronger relationships between the Greens and migrant communities,” Dr. Faruqi said in a statement. She said she looks forward to tackling issues concerning gender equality and same-sex marriage, among other topics. Dr. Faruqi was pre-selected by the Greens in a postal ballot from among a field of seven women-only candidates.