Farooq Khan, a rather new Muslim face in the BJP has been put in charge of the Minority Morcha of the Party. His name figured in the list of new office bearers of the party organization announced by Amit Shah, BJP chief. Khan is a Dogri-speaking Punjabi Muslim and will be also looking after the party affairs in Nagaland. Khan is the second most high profile Muslim in the party after journalist and former Congress MP M. J. Akbar joined the Party ahead of the Lok Sabha polls. He is former Inspector General of Police in Jammu and Kashmir.
Khan, according to a report in the Indian Express, was the hero in the police action that led to the clearing of the famous Hazratbal shrine in 1996 in which 18 militants were killed. Khan was alleged to have had a role in the Pathribal fake encounter in which five civilians were burnt alive. However, a CBI probe gave him a clean chit in 2003.

Meraj Shaikh and Spoorthy Kotla of IIT Kharagpur won the First Prize in the ‘Go Green City Contest’ conducted by Shneider of Germany. Spoorthy Kotla is from the Department of Biotechnology and Mohamad Meraj Shaikh belongs to the Department of Architecture of the IIT. They took part in this year’s edition and successfully won the competition at the international finals held in Paris from June 22 to 25. The duo worked out an innovative solution called “ELEC-TRA “ an app that helps you buy and sell electricity”. The second and third prizes went to teams from France and the Philippines. Meraj studied his PUC at the Poona College, Pune, the city to which he belongs. As part of the prize, the duo would visit Shneider Electric offices in the two countries. Shneider is a 125 years old company with 170,000 employees and Euro 25 billion sales annually. The contest “5th in the series”drew 12,500 participants this year.
The winning duo said: “We would like to further explore our idea and the possibilities of its implementation. With the upcoming 100 Smart Cities Mission in India, launched by Prime Minister NarendraModi, our idea could be penetrated even in India, though currently it is applicable for European countries. Our idea would be revolutionary in the field of smart energy and we are looking forward to see this application evolve and adapt for water and gas supply systems as well. 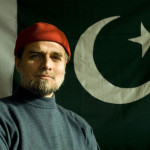 Riyadh: Pakistani oddball commentator on social media Zaid Hamid has been arrested by the Saudi Government. A court has sentenced him to eight years in prison and a thousand whips for criticizing the policies of Saudi Government. Hamid, known for his fiercely anti-India views, was taken into custody while on a private visit to Saudi Kingdom. Pakistani establishment was trying to provide him consular access. Often wearing a trademark red military cap on social media, he has been more an object of ridicule for his umpteen conspiracy theories rather than a serious strategic commentator.

Dr. Mini Shaji Thomas, Honorary Director, Centre for Innovation and Entrepreneurship, and Professor, Department of Electrical Engineering, Jamia Millia Islamia has been selected to receive the prestigious IEEE Educational Activities Board (EAB) Meritorious Achievement in Continuing Education Award 2015. This Award, instituted in 1984, recognizes IEEE members for the dedicated contribution to the design, delivery, and support of continuing education courses and programs in the fields of interest to IEEE members. Dr. Thomas will receive the award during the 2015 IEEE EAB Award Ceremony in New Jersey, USA on 20 November 2015.

Syeda Falak, from Diwan Devdi of the Old City of Hyderabad has been selected to represent India at the 13th Senior Asian Karate Championship in Yokohama, Japan from September 4 to 6. The 20-something girl will compete in the 68 kg individual women’s Kumite category which incidentally witnesses the best of Karatekas from India. She was trained by coach Blram Rajput at the makeshift training facility at her residence. As part of preparations, Falak even attended a 25-day camp in Coimbatore under the tutorship of the famous Kumite coach Antonio Olivia Sea of Spain recently.

Interrogated: Ahmed Hassan Imran, Rajya Sabha MP was interrogated by the CBI on July 1 in connection with the Saradha Scam. Hundreds of investors in West Bengal who held deposites in Saradha Chit Funds lost their money as the company went bust. Imran, a Bengali journalist who for decades edited Islamic weekly ‘Kolam’ from Kolkata, joined the Trinamool Congress Party led by Mamata Banerjee and was elected Member of the Rajya Sabha. Following his joining the party, his weekly was sold to Saradha with him being appointed the executive editor at a salary of Rs. 70,000. CBI asked him to explain his dealings with Sudipto Sen, the owner of the Saradha Funds.