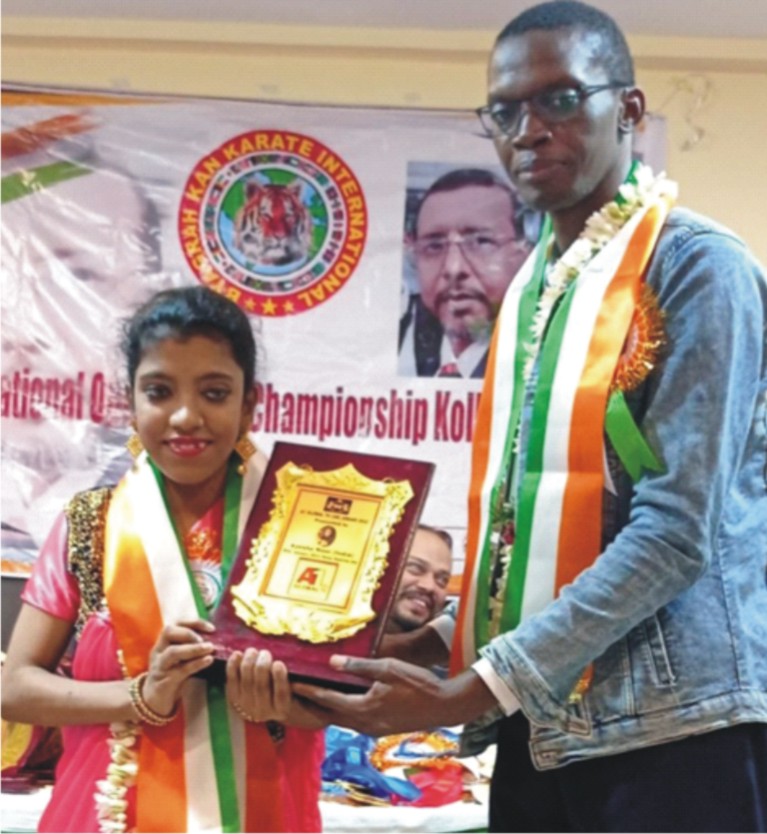 Kolkata: Nothing in the world can stop a person from achieving a high position in life if they have the drive to do so. Ayesha Noor, an international karate player, is an example of this. Who has achieved such great success in Karate despite poverty and disease that the world now refers to Ayesha Noor as the “Golden Girl”?

On occasion in Kolkata, Ayesha Noor received the A-One Global TV Award from J Lamin of the Gambia, a West African country. Ayesha has been wished further success in the future by A-One Global TV. It is to mention that she was also honored with the USA’s Hero of Gender Equality Award.

In addition, the National Open Karate Championship was held under the direction of MA Ali, an international karate coach, and champion. There was a competition involving Karate players from various locations. Shailen Pal, DK Acharya, Mohd. Farooq, Arup Dasgupta, and Monimala Haldar were also present.

The sad truth is that, while countries like America and the United Kingdom recognize Ayesha Noor, our government refuses to assist her. As a result, Ayesha Noor continues to live in poverty.