The girl from Bangalore has been flying commercial aircraft for the last 18 months. 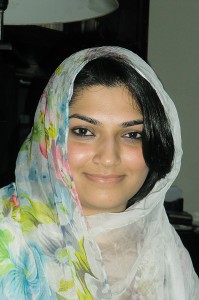 Even while two Muslim girls from Hyderabad and Kashmir are undergoing training for a commercial pilot’s licence, a Muslim girl from Bangalore has been flying commercial aircraft for the last 18 months.
Saara Hameed Ahmed is just 24 and has been with Spicejet airlines for over two years. Saara says she had aspired to be a pilot and she is living her dream every moment of her life. She was trained at Paris Air Inc., flying school in Vero Beach, Florida (US) and came out with the commercial pilot’s licence in 2006. Yet that was not all that one required for commanding an aircraft from the cockpit. She had grueling hours of interviews before she was dispatched to Lithuania for a 20-day training.
Saara can be seen flying Boeing 737 to destinations such as Pune, Mumbai, Kochi, Port Blair, Agartala from various cities. She has already logged in nearly 1,200 flying hours and would like to stay with flying job till her natural retirement. According to her, women constitute nearly 20 per cent of pilots currently flying in Indian skies. “Male monopoly has been broken, but parity in numbers would take some time to come. I find nothing wanting in women to avoid the choice of a career in flying”, she muses.
Daughter of Mr. Hameed, who runs a commercial photography firm in Bangalore, Saara says she loved heights from the beginning and was very outgoing type. Her father recalls that she had jumped from the balcony of a flat to a lower parapet even while she was a 3-year old kid inviting reprimands from him. “I wanted to do something extraordinary, and an Australian pilot who took a career counseling session in Jyothi Nivas College”where I studied my Pre University Course”triggered interest inme in flying aircraft”, Saara told Islamic Voice. She had sessions in rock climbing, rappelling, trekking during her school days. She would even pester her mother to enroll her for a course in bungee jumping.
There was no stopping her following PU course. Her father’s classmate, Mr. Atif Fareed, a pilot with South West Airlines, based in Florida, came to be her mentor and major inspiration. She took wings and landed in Florida to be enrolled in Paris Air for the rigorous one-year training.
Saara would admit inhibitions on the part of the family while choosing the career, but did not come across any prejudices against women or Muslims, while she took the initial steps towards the career. “Yes, risk and expenses were two major issues, and they made no difference on the basis of gender,” she averred. “With 9/11 having happened only five years ago, I was a bit nervous while facing interview for the visa at the United States Consulate at Chennai. But no questions were asked, and I was out with visa in had within five minutes”, she adds.
Saara says one needs to be very focused while training and has to undergo further and frequent training once he or she enters the career as updating with the advanced instrument is essential to keep pace with the technology. She says, flying every new aircraft requires training and a pilot is put through route check training every six month.
By the time Saara had returned home with a commercial pilot’s licence from the US, the conditions in the job market had altered with supply being more than the demand. It took her nearly three years to land up a job with the SpiceJet airlines. Even the selection was tough with 600 licence-holders waiting for a slot among the required 70. Even at Paris Air flying school, most trainees were from India.
Saara debunks the theory of atmosphere being too permissive in aviation industry. She says airlines take all precautionary measure to provide safety and security to the staffers and women need not worry about aspects other than the occupational hazards attendant to the job, which are anyway part of the job everywhere. She says even gender sensitivity is part of the training for the staff and women confident of themselves have nothing to worry. She says, “Whenever I fly, the only thought that dominates my mind is that several precious lives depend upon what I do inside the cockpit, hence I pray to God to give me strength, insight and confidence to steer the aircraft in my hands safely to the destinations.”