Breaking Down the Ghetto Mentality

Islamic Voice 0 February, 2017 12:00 am
A Fresh approach is needed for the Community investments in the Health Delivery System
The Lessons from Peshawar
Messenger of Peace – Peace and Justice Go Together

Growing up, I did not develop a close friendship with any person from another faith community other than the one I was born into. This is really tragic. 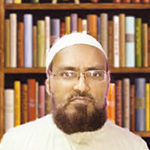 Recently, a friend of mine asked me if I could write an article about people of other faiths who might have had a deep impact on my life. He thought”and rightly so”that if we become more aware of how indebted we are, in different ways, to people from other religious communities, it can go a long way in promoting interfaith harmony, which is such a pressing need across the globe today.
When my friend came up with the idea of me doing an article on this subject, I was delighted and gladly agreed to his request. However, when I got down to planning the structure of my article, I suddenly felt that I would not be able to write it. The reason was because I discovered, to my own surprise, that there were hardly one or two non-Muslims among my friends and reasonably close acquaintances. In fact, to be more correct, besides this friend of mine who had requested me to write the article, there were no non-Muslims whom I could really call friends in the true sense of the term.
I was quite taken aback at this lamentable discovery.

Environment Plays a Big Role
The fact is that in the environment in which I was born and brought up, Muslims and others regularly interacted with each other. It was an everyday thing. Yet, growing up, I did not develop a close friendship with any person from another faith community other than the one I was born into.
This is really tragic. If people of different faith communities live together in the same locality, in the same village, in the same city, or in the same country, there are definitely ample opportunities for them to become friends. And they must become friends if they are to live together in amity.
In my case, one major reason for my not having established close friendships with anyone from another faith community was that I spent many years studying in traditional Muslim madrasas, starting from the primary level. In the past, in some parts of India, children of other faith communities would also study in such madrasas, along with Muslim children. Some non-Muslims also financially contributed to madrasas. But today, the tradition of children from other faith communities studying in madrasas is, by and large, no longer there.

Surrounded By Muslims
Studying in an all-Muslim environment, where all the students in the madrasas I attended were Muslims, I did not get the chance to befriend anyone else. After finishing with madrasa education, I enrolled at the Aligarh Muslim University, and here again, my friends were all Muslims. Later, I taught for two years at the Maulana Azad National Urdu University, in Hyderabad. Here, because it was an Urdu university, there were very few students and teachers from other faith communities. Now, however, I teach at the Jamia Millia Islamia, in New Delhi, where I do have more chances to interact with people from other faith communities”which is a very good thing.
This, in brief, is how things have been with me. By and large, it is the same with most other people who have studied in traditional madrasas. There are very few examples of ulema and other madrasa graduates who have close friends among people of other faiths. This is in contrast to many of those Muslims who have studied in government or good quality private schools that have students from different religious backgrounds.

The Ghetto Mentality
In a plural society like India, it is really indispensable for people from different faith backgrounds to enjoy friendly relations with each other. In this regard, it is lamentable that in some parts of India, especially in certain cities, close social interactions between Muslims and others have been steadily declining over the years. There are two major reasons for this growing gap. The first is a certain sort of majoritarian politics, which leads to increasing ghettoisation of, and insularity among, Muslims. The second”and this is the basic focus of this article”is a factor that is internal to Muslims themselves and is a result of misinterpretations of certain Islamic teachings.
Muslims ought to make every effort to bridge the growing divide between them and people of other faiths. This is both a religious as well as a social responsibility on their part. From the spiritual point of view, this can help all involved to grow spiritually. From the social point of view, the importance of such friendly relations is obvious, especially for Muslims, who are a minority in India and who are largely economically poor and illiterate. Their own well-being is crucially linked to having good relations with the majority.

The Major Obstacles
Yet, despite this, from the Muslim side itself, there are major obstacles to building good relations between Muslims and others. The biggest obstacle in this regard are certain ‘religious’ views that are a result of wrong interpretations of Islamic teachings. It is a lamentable fact that some Muslim ‘religious scholars’ have very negative views of many people of other faiths, wrongly thinking them to be najis (‘impure) and paleed (‘dirty’). They wrongly claim sanction for this stance from the scriptures. The fact, however, is that the impurity of the mushrikeen (polytheists or those who associate others with God) that the Quran talks about is with reference to certain beliefs of theirs, and not to their very person or being as such.
When the Quran refers to the enmity of the mushrikeen, it relates to the mushrikeen of Arabia at the time of Prophet Muhammad (Pbuh) and not to all the mushrikeen of the whole world. Moreover, it relates specifically only to those mushrikeen of seventh century Arabia of the Prophet’s times who were fighting against the Muslims, and not to those mushrikeen who had cordial relations with the Muslims. Had it referred to all mushrikeen, how could it be that in promoting and spreading the message of Islam in Mecca itself many non-Muslims played a very important role? For instance, the Prophet’s own paternal uncle, Abu Talib (according to the Sunni view, he had not accepted Islam), by virtue of whose protection and unprecedented support in the early phase of Islam, the Prophet was able to fearlessly devote himself to preach Islam to people in Mecca. Or, Mut’imbin Adi, who, when the disbelievers of Mecca boycotted the Hashmi clan (to which the Prophet belonged), played a major role in ending the boycott and gave the Prophet shelter, because of which the Prophet entered Mecca and engaged in inviting people to God. Or, Abdullah bin Uraiqit, who guided the Prophet on his migration (hijrat) to Medina because the Prophet and his companion Abu Bakr (who was accompanying him on this journey) were not familiar with the routes from Mecca to Medina.
A Very Wrong Claim
Another erroneous view relates to muwalat or friendship with people of other faiths. Interpreting certain Quranic verses in a very wrong way, several so-called ulama wrongly argue that Muslims must not have friendly love in their hearts for people of other faiths. This is a really very wrong claim and has no sanction in the Quran, if the Quran is understood properly. How, one must ask here, can people with such utterly erroneous views have good relations with others?
There is an urgent need for Muslims all over the world, including India, to reach out to people of other faiths and try to build close friendships with them. In this regard, there are many practical things that Muslims could do, including:

a.   Teaching, in an empathetic and objective manner, madrasa students about other religions and the traditions, cultures and histories of other communities.
b.   Including as many people of other faiths as possible as beneficiaries in the social services provided by Muslim organizations (Unfortunately, reflecting a rather widespread mindset prevalent among Muslims, most Muslim organizations cater to Muslims alone. In this regard, they should learn from the noble example of many Christian organizations).
c. Promoting interfaith initiatives. Muslim organizations, including madrasas, should promote interfaith dialogue in the same way as, for instance, some Christian organizations are doing.
d. Rethink many issues related to other communities (including about their status and relations between Muslims and them) contained in the corpus of traditional fiqh or Muslim jurisprudence that are a big obstacle to establishing friendly relations between Muslims and others. There is a need to develop new understandings of fiqh that reflect the contemporary context and the imperative for harmonious and mutually-beneficial friendly relations between Muslims and others.
e.   Improving relations between Muslims and others is a very urgent necessity in India (and elsewhere) today, much more important than launching political drives and insisting on political demands.

(Waris Mazhari is a graduate of the Dar ul-Uloom, Deoband. He did his Ph.D. from the Department of Islamic Studies at the Jamia Millia Islamia, New Delhi, and he is presently teaching in the same department). He can be contacted on [email protected]