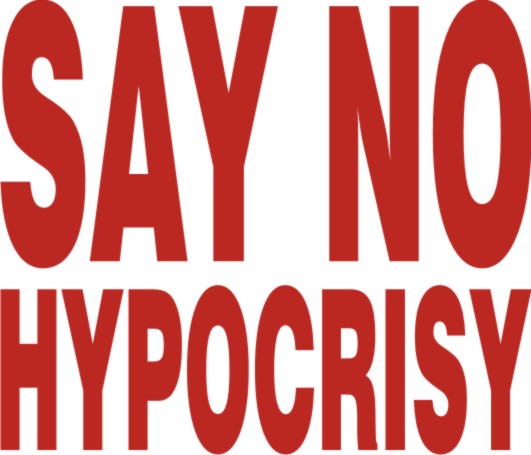 Hypocrisy and Hypocrites in the Quran: The Insincere Intentions VS. The Outward Actions

Hypocrisy has always been a frequent topic mentioned by the Legislator, Allah the Almighty, throughout the whole Quran. In various Surahs of the Quran, we find many characteristics mentioned about such personalities who prefer to adapt to a grey situation. They don’t want to take risks or sacrifice any of their worldly gains for the sake of Allah.

The literal meaning of the word Hypocrisy means in Arabic (Nifaq), which is derived from the root word (Nafaq), which means: The bridge; referring to the fact that the Hypocrite is always playing safe, in the middle of the bridge, so Hypocrites always position themselves in the middle of the bridge; trying to compromise between both the positive truth and negative falsehood, which is impossibly achieved, and it is prohibited for any righteous Muslim to do. They never choose either side of the bridge. Whether the positive or the negative one, but instead they show Islam and hide the disbelief.

The Quran mentioned this characteristic in the following verse:
“Verily, the hypocrites seek to deceive Allah, but it is He Who deceives them. And when they stand up for As- Salât (the prayer), they stand with Laziness and to be seen of men, and they do not remember Allah but little. ( They are ) swaying between this and that, belonging neither to these nor those; and he whom Allah sends astray, you will not find for him away (to the truth – Islâm)”. [Surat An-Nisaa’, verses: 142, 143].

Hypocrisy means to show something good and hide the lousy opposite. Hypocrites’ highlighted characteristics have also been mentioned in the Quran and Sunnah, such as Laziness in performing prayer, Deceiving, Lying, Dishonesty, and Nonfulfillment of promises even more.

There are two types of Hypocrisy; For instance, the person who declares Islam and righteousness but intentionally hides and seeks the opposite false creed (Disbelief). This is the Major Hypocrisy in the Islamic creed, and it relates to the disbelief of Islam and the message sent to the Prophet (pbuh). This type of Hypocrisy gets the person to be at the lowest level of Hell. The reason is that they apparently show Islam while intentionally hiding their real Polytheism.

Unfortunately, the present-day Muslims mashallah are outwardly pious but internally corrupt to the core. When he speaks, he lies; when he makes a promise, he breaks it; and when he is trusted, he betrays his trust and, above that, takes pride to be called themselves to be SMART. Allah increases this desease, which is the sign of the downfall of the present Ummah.

Allah, the Almighty, mentioned this in the Quran: “Verily the hypocrites will be in the lowest depth (grade) of the fire, no helper will you find for them.”

Another type of Hypocrisy would appear among Muslims themselves if they didn’t fix their intentions to be for the sake of Allah only. This may get them to fall into “small shirk” in some cases or Hypocrisy. This is not Hypocrisy in creed, but rather in the Muslim’s actions.

In the Hadith, the Messenger of Allah (pbuh) said, “Three are the signs of a hypocrite: When he speaks, he lies; when he makes a promise, he breaks it; and when he is trusted, he betrays his trust.” [Al-Bukhari and Muslim| Reference: Riyad as-Salihin 688|Book 1, Hadith 9].

The minor Hypocrisy has to do with deeds, and it applies to every person doing the same deeds as Hypocrites, Keeping the belief in his heart. So, in this case, the person has some characteristics related to Iman and others related to Hypocrisy.

The Hypocrite person is seeking the destruction of society, which is the main consequence of Hypocrisy. Eating the wealth of others unjustly, Holding envy towards others, lying, breaking promises, and manipulating; all are signs of Hypocrisy and a fast way to destroy society. We hope to be good Muslims holding no traits of those hypocrites and straightforward Muslims on the right path of Allah swt.