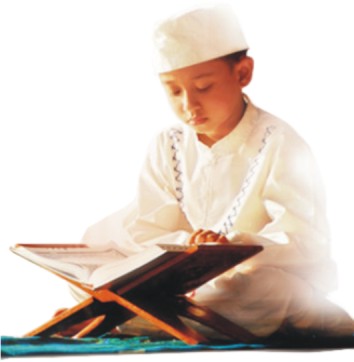 There is Welfare for Mankind in the Sea

Allah created this universe. Everything in the world was intended to fulfill the wants of humans. To make the planet a more beautiful and fulfilling place to live. All of God’s blessings will be enjoyed by man, who will worship Him alone. He will use the gifts of this world to pursue the joys of eternal existence in the afterlife. One of the most magnificent of these marvels is the sea. The sea is a splendid creation of Allah that provides inexhaustible benefits to human beings. One of the wonders of the great Creator’s design is the sea. Human Beings are always looking for and researching the ocean.

The sea is indeed an inexhaustible source of wonder and diversity. As much as people know about the water, all the new and incredible information is uncovered as research. In study and discovery, man and humanity will benefit from the endless benefits kept hidden in the sea, like gas and numerous mineral riches. That is why the welfare religion, Islam, encouraged humanity to ponder and explore the ocean. As Allah says,

“Do you not see that Allah has made subservient to you all that is on the surface of the earth and the ships that sail in the sea by His command, and He fixed the heavens so that they do not fall to the earth without His command. Surely Allah is Merciful, Compassionate to humankind.” (Surah Al-Hajj, verse 65)

Believing intellectuals and theologians have always said that traveling by water is an enormous advantage in knowing God’s identity. By diving into the center of the water, a man might grasp the unparalleled creativity of Allah, the Magnificent Creator. God’s command:

“Travel in the land and see how He originates the creation. Then God will create again. Surely Allah can do all things.” (Surah Al-Ankabut, verse: 20)

Allah says: “Surely there is good in the creation of the heavens and the earth, and the evolution of night and day, and in the navigation of the ships on the river. And by the water which Allah sends down from the sky, He revives the dead earth and spreads out in it every living thing. And in the change of the weather and in the clouds which move between the heavens and the earth under His command, surely there are signs in this for a people who understand.” (Surah Al-Baqara: 164)

The benefit of eating sea fish is significantly more significant than meat has long been stated by physicians and experts. Eating more seafood boosts heart and brain efficiency, which are the two major organs of our body. Indeed, seafood is a marvelous human health element. That is why medical scientists and doctors want more fish. More fish are also recommended for patients to eat.

According to doctors and medical specialists, the components in fish work to maintain the human heart’s functioning and secure. One of the reasons why fish components battle against the heart is the possibility of immobilization and malfunction. Darius Mozaffarian remarked that if you routinely eat reasonable fish, you will have a significant decrease in the risk of heart disease. Thirty crucial studies have demonstrated a 37% decrease in average cardiovascular risk in people who consume fish at least once or twice a week.

“And He it is Who has made the sea subservient to you that you may eat therefrom (meat) and bring forth therein. Ornaments that you wear. And you will see therein ships floating in the water, so that you may seek of His bounty, and that you may be grateful.” (Surah An-Nahl: 14)

Allah says: “And the two seas are not equal; one is very sweet and savory, the other is very salty, and from each, you eat fresh meat and get the ornaments you wear. And you see ships sailing through it. That you may seek of Allah’s bounty, and that you may be grateful.” (Surah Al-Fatir: 12)

In the age of modern science, scientists have discovered through research that the waters of the two seas do not merge. For example, the waters of the Roman Sea and the Atlantic Ocean cannot coexist. There is a beautiful invisible barrier. However, in an age when there were no instruments for conducting such experiments, the Qur’an stated 1400 years ago:

The writer is from Bangaladesh